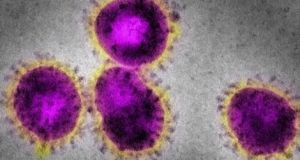 An estimated 1.25 billion workers are employed in the sectors identified as being at high risk of “drastic and devastating” increases in layoffs and reductions in wages and working hours

More than four out of five people in the global workforce are currently affected by full or partial workplace closures arising to the Covid-19 outbreak.

That is according to a new study from the UN’s International Labour Organisation (ILO), which says that about 2.7 billion of the 3.3 billion people in the workforce are currently unable to work as they usually would.

It says the coronavirus crisis will lead to 6.7 per cent off all working hours globally being wiped out in the second quarter, equivalent to 195 million full-time workers.

Moreover, it warns the end-of-year figure for the unemployed could be “significantly higher” than its original projection of 25 million. The ILO said the final tally of annual job losses in 2020 will depend on the evolution of the pandemic and on the success of measures taken to mitigate its impact.

According to its new study, some 1.25 billion workers are employed in the sectors identified as being at high risk of “drastic and devastating” increases in layoffs and reductions in wages and working hours. Many are in low-paid, low-skilled jobs, where a sudden loss of income is particularly devastating.

“No matter where in the world or in which sector, the crisis is having a dramatic impact on the world’s workforce,” the organisation said.

“While millions of workers are vulnerable to income loss and layoffs. The impact on income-generating activities is especially harsh for unprotected workers and the most vulnerable groups in the informal economy,” the ILO added.

Among those most affected by the current crisis are the 136 million healthcare workers who are at risk of catching Covid-19. The organisation also singled out workers in areas such as transport, agriculture and essential public services as being particularly vulnerable to the coronavirus.

In addition, the ILO says sectors most at risk from loss of revenues include accommodation and food services, manufacturing, retail, and business and administrative activities.

“Workers and businesses are facing catastrophe, in both developed and developing economies,” said ILO director-general Guy Ryder. “We have to move fast, decisively, and together. The right, urgent, measures, could make the difference between survival and collapse.”

The organisation said huge losses are expected across different income groups but especially in upper-middle income countries and that these will exceed the effects of the 2008-2009 financial crisis.

“This is the greatest test for international cooperation in more than 75 years,” said Mr Ryder. “If one country fails, then we all fail. We must find solutions that help all segments of our global society, particularly those that are most vulnerable or least able to help themselves.”