Smart Money: Majority of Irish people live in homes too large for their needs 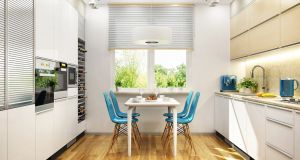 Should those living in large houses after their children leave be encouraged by the State to trade down? Photograph: iStock

There are few more emotive subjects in Ireland than the “family home”. And we do seem to live in bigger homes than the average. A European Commission survey published this week,estimating that seven out of 10 Irish people live in houses which have too many rooms for their needs – under-occupied households in the jargon – with the percentage rising for older households. It again raises the controversial question about whether “empty-nesters” – those living in large houses after their children leave – should be encouraged by the State to trade down to smaller properties to increase supply in the market.

Home ownership trends vary across the EU. The European Commission figures do show that the Republic is a notable outlier,with on average 2.1 rooms in our houses for every one person, compared to an EU average of 1.6 rooms.

7 Colum Eastwood: Seamus Mallon’s offer is still on the table if unionism is interested

8 Suzi Quatro: ‘If he’d done that backstage he’d have been singing soprano for the rest of his life’

10 What are the challenges Government faces around quarantine and travel?

15 My Covid experience: ‘The mind starts to race. Oh God, why didn’t I do more with my life?’

16 Coronavirus: Vaccination of over-70s to start next month, says Donnelly

21 Traveller who tried to book hotel wedding awarded €15,000 for discrimination

22 Talks resume between unions and officials over reopening special schools

23 One mask is good. Would two be better?

24 Covid-19: Passengers may be required to pay for stay in quarantine

27 Covid-19: How to look after yourself if you catch the virus

30 Una Mullally: Government failing to lead us through pandemic

31 Michelin stars 2021: The Irish restaurants in the running