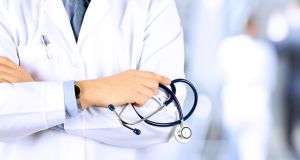 A total of 825 cases have been initiated as part of the investigation into medical consultants. Photograph: iStock

The Revenue Commissioners has collected €61 million in taxes, penalties and interest as part of its ongoing investigation into the financial affairs of more than 800 medical consultants.

Revenue chairman Niall Cody told the Public Accounts Committee that the yield was derived from the cases of 276 consultants who had incorporated their private medical practices and in some cases set up more than one company.

The yield tally includes “future uplift”, or the estimated value of the tax that will now be collected as a result of the intervention.

To date, some 36 medical consultant cases have been published on the Revenue’s list of tax defaulters.

“These are high-wealth individuals. These are people with significant incomes and there has been significant underpayment of taxes,” Mr Cody said, as he updated the committee on the investigation’s progress.

The Revenue chairman said “legitimate boundaries” had been forgotten by the consultants with which it has made settlements. In reference to tax planning schemes, he warned that “if it is too good to be true, it’s probably not proper.”

The investigation dates back to 2010, when an audit case led the Revenue to believe that a tax planning strategy was being marketed by tax advisers to medical consultants.

It opened a number of initial cases in the Dublin region “to ascertain the issues and risks involved” and later expanded its review of the tax affairs of medical consultants nationally.

A total of 825 cases have been initiated as part of the investigation, with 552 of these cases now closed. Some 84 of the open cases were under appeal as of March 2017, Mr Cody said.

The incorporation of medical practices can be a legal form of tax avoidance. However, the Revenue identified a number of practices that had “no commercial reality” and gave rise to “serious concerns”. They “failed the avoidance test” and crossed the line into illegal evasion.

These practices included the claiming of expenses that did not exist or relate to the business.

“Nanny costs” and private home expenses were among those wrongfully claimed, Mr Cody told the committee.

Wages were paid to underage family members by some consultants. Mr Cody described one case in which the expenses were claimed for the services of a child for work on a website, “because the child was proficient in IT and the consultant wasn’t.”

The values attributed to goodwill in the businesses were also held to be “unrealistic” by the Revenue.

In the cases closed to date, the Revenue has not accepted that the medical companies possessed goodwill, which is the intangible value that arises over and above the identifiable assets of a business when it is sold or transferred to another company.

The Irish Hospital Consultants Association and tax advisers have asked Revenue to publish guidance on goodwill for medical practices. It intends to do so, most likely after it completes a wider review of the tax issues that arise from the incorporation of professional practices.