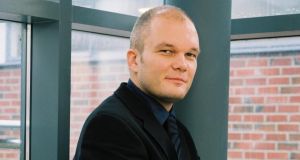 The UK’s decision to leave the European Union “brings into sharp focus” the need for the Republic to maintain and improve its cost competitiveness, according to the National Competitiveness Council.

“Despite improvements in Irish cost competitiveness since the global economic and financial crisis, threats to continued economic success abound,” the council said.

The report notes that the State is particularly vulnerable to negative economic shocks outside the influence of domestic policymakers, such as the depreciation of sterling and higher price of oil.

It adds that the energy implications for Ireland of Brexit could be significant in light of Ireland’s reliance on energy imports from the UK – the source of 76 per cent of oil imports.

The council’s chairman, Peter Clinch, said the unfavourable oil and currency trends provided “a timely warning” about the vulnerability of Irish firms to external international shocks.

“This reinforces the importance of prioritising policies and actions that are within Ireland’s control to enhance cost competitiveness.”

Infrastructure bottlenecks, skills shortages and industrial unrest were among the domestic “pressures” listed.

The council also highlighted “dramatic” increases in residential rents as “a major cause for concern” for the economy as a whole.

Prof Clinch said productivity growth across all sectors and occupations was the “preferred mechanism” to improve competitiveness, as this could support cost competitiveness in tandem with high and increasing levels of income.

The report concedes that calls for wage increases are “understandable” after a period of economic stagnation and wage cuts, but warns that Ireland’s relative competitiveness will be negatively affected if wage growth outpaces that of competitor countries and is not “backed up” by productivity increases.

However, growth in Irish labour costs were below the EU and euro-zone averages in the five-year period to 2016.