The company wants staff who ‘care about journalism’ 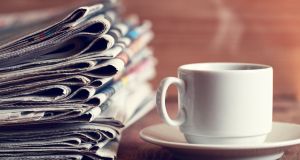 PressReader, a digital-newspaper distribution service, has told The Irish Times it plans to create 65 skilled jobs in Dublin in the coming years. The company said it is looking for 25 people “who care what we do with journalism”. The jobs on offer include software-engineering and sales-and-marketing positions.

Launched in 2003, PressReader provides digital news-stands; it has more than 6,500 titles, split evenly between newspapers and magazines. Its business model is similar to that of Netflix or Spotify, in that consumers pay a monthly subscription; the current rate is €24.75 a month. It said it also provides its service to 10,000 hotels.

The company, which is based in Vancouver, recently appointed a general manager for its Irish operation, which will be responsible for all territories except North America; it is now looking for office space.