Getting a fix on multinational input to Irish economy

Domestic firms, not multinationals, behind bulk of growth in economy in recent years 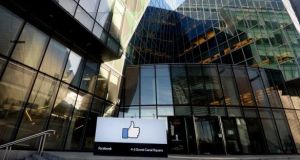 Facebook’s European headquarters at Grand Canal Square, Dublin. “The direct contribution of foreign multinationals to the economy comes in the form of their wage bill and the corporation tax that they pay on the profits earned in Ireland.” Photograph: Cyril Byrne

The CSO figures on employment, published earlier this week, show extremely strong growth continuing in the economy. While some other indicators, such as tax revenue, would suggest a different story, the most reliable indicators of underlying activity are the employment data.

Total employment in the first quarter of 2017 was up 3.5 per cent on a year ago, and the increase was even bigger for those employed full time – up 5.5 per cent.

While it is clear that the economy continues to grow, because of the major problems with the national accounts, it is very difficult to quantify the increase in output or to identify what sectors are driving this change.

New measures to deal with the national accounting problems are being developed by the Central Statistics Office. The first instalment of these new series was published last week, giving more details of the activities of foreign multinational enterprises in Ireland.

Foreign multinationals have long been a key feature of the Irish development model. Going back to the 1960s, the entry of such firms into the Irish economy was a vital source of jobs, wages, tax revenue and skills.

However, there is a tendency today to exaggerate the importance of such firms in the Irish economic model and to underestimate the strength and importance of Irish firms in driving growth in the economy.

The direct contribution of foreign multinationals to the economy comes in the form of their wage bill and the corporation tax that they pay on the profits earned in Ireland.

The profits themselves are all eventually paid to the firms’ foreign owners – they don’t benefit those living in Ireland. This outflow of profits is deducted when moving from GDP to GNP in the national accounts.

The new CSO data provide details of the wages and employment in foreign multinationals in Ireland – a vital part of their contribution to the Irish economy. To arrive at their full direct contribution to the Irish economy, what is needed are details of the corporation tax that they paid each year. Unfortunately the Revenue Commissioners do not currently publish these data and it would be very useful if they could do so in the future.

However, while precise details are not given, Revenue Commissioners’ publications indicate that, in recent years, multinationals accounted for about 80 per cent of corporation tax receipts. Using this estimate, in conjunction with the wages data, it is possible to derive the contribution of multinationals to national output, best measured as Net National Product – that is GNP less depreciation.

What these data make clear is that Ireland has gone a long way to wean itself off dependence on the tax regime attracting multinationals.

Their contribution to the wage bill was closer to 20 per cent because multinationals, on average, pay significantly higher wages than is the case for the rest of the economy. This reflects the fact that their employees tend to have higher-than-average levels of education.

In terms of economic growth, while nominal net national product grew by about 6.7 per cent a year between 2012 and 2015, about one percentage point of this growth was due to multinationals. This makes it clear that the bulk of the growth in the economy in recent years has been due to domestic firms, not foreign multinationals.

This does not mean that multinationals are not important – they are. However, some of that importance arises from the skills that they have brought to the Irish economy. As management and workers move from multinationals to domestic firms, they bring their newly acquired skills with them. Of course, in so far as multinationals buy domestic goods and services, they make an additional contribution to growth.

Over the last 15 years, Ireland has come under increasing pressure from outside because of our low corporation tax rate. Many attribute Ireland’s economic success over the last 25 years to this tax regime and its attraction for multinationals.

To the extent that Ireland was dependent on multinationals, this was seen to be a vulnerability and, over the last 15 years, many have recommended that Ireland should reduce its dependence on the tax regime.

What these data make clear is that Ireland has gone a long way to wean itself off dependence on the tax regime attracting multinationals. It is not that these firms are not important to us still; rather it is that Irish success is now much more widely based. This provides some reassurance in the face of possible predatory behaviour by foreign governments in the future.