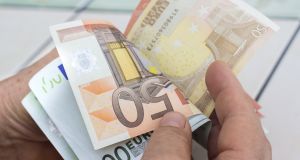 If someone puts €10,000 into prize bonds and wins just €50 a year, they will have done better than putting their money in the top paying deposit account. Photograph: iStock

This follows a trend seen in previous years although the average prize value has risen slightly, from €70.51 in 2017 to €73.06 in 2018. The value of prizes awarded in the past four years has almost halved.

Meanwhile, the value of the Prize Bond fund reached a record €3.41 billion while gross sales increased to €574 million, the second-highest result on record.

Founded in 1957, the Prize Bond draw is the Republic’s longest running prize draw. The Prize Bond company is a joint venture between An Post and Fexco and all money is placed under the management of the National Treasury Management Agency (NTMA) with the money forming part of the Republic’s national debt.

Contract fees for the joint venture company rose 8.6 per cent to €10.8 million in the year.

Having launched an improved website in 2018, the company found that 8 per cent of sales are now completed online.

At the end of 2018, unclaimed prizes amounted to €2.74 million. These are held indefinitely until claimed by a bondholder.

“Customers are investing with confidence in this unique State savings product, and that is reflected in the figures released today,” said John Daly, the company’s chairman.

Prize bonds can be purchased in units of € 6.25, and there is a minimum purchase of four units costing € 25 and a maximum purchase in any single transaction of €250,000 (or €500,000 for a couple). Prize Bond winnings are not subject to Dirt or other taxes, which means that even if someone puts €10,000 into prize bonds and wins just €50 a year, they will have done better than putting their money in the top paying deposit account.