Cantillon: The holiday can be relied upon to make a mockery of ‘quarterly capitalism’ 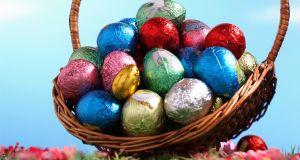 Not everybody is a huge fan of “quarterly capitalism”. The term is used as a pejorative for a perceived focus on short-term targets that is perpetuated, perhaps even created, by quarterly financial reporting.

Some breaking news here: Easter is a moveable feast. This has the capacity to make a mild mockery of quarterly earnings reports in several consumer-facing sectors including transport, retail and household goods.

(Note: In Europe, public companies have not actually been required to issue quarterly financial updates to investors since the end of 2014, but many continue to do so anyway.)

This gives rise to a series of caveats for why revenues or shipments or passengers are up or down on last year. It also influences forecasts. The early timing of Easter in 2016 resulted in a weak March for the US car industry that year, for example, so the assumption was that sales would rise year-on-year in the month just gone. Poor earnings data from the likes of Fiat Chrysler and Ford has since undermined that view.

Ryanair’s financial year, meanwhile, runs from April to the end of March, so its next set of annual results won’t have the benefit of a “full” Easter break, just the absolute tail end of the 2016 one.

Next year, Easter is combining with April Fool’s Day for an April 1st wonder-event. This will not only render egg hunts treacherous, it will make the year-on-year distortions even more opaque. Technically, Easter will be in the second quarter just as it did in 2017, but a portion of the lead-up will have been pulled back into the first.

Speaking of Easter holidays, here’s a polite “journo request” to event planners, conference organisers and launch schedulers: Don’t all arrange your thing, whatever it may be, for the week after the Easter break.

You might think this is the ideal time to generate a decent crowd and the desired spot of media coverage, but everybody else has had the same idea. The result is over-crowded diaries and an unnecessary post-Easter frenzy after a fortnight of not very much happening at all. It fast becomes a messy business, much like Easter itself.