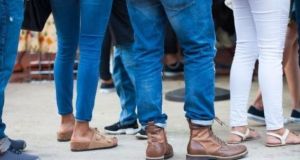 One in four people receiving the PUP payment were under 25 years of age.

The number of claimants on the Live Register or in receipt of the Government’s Pandemic Unemployment Payment (PUP) fell marginally in December but remained at over half a million.

This equates to almost a quarter of the Irish workforce.

The Central Statistic Office (CSO) said the number of people on the register or receiving the PUP decreased by 3.4 per cent to 517,347 in December, down from 535,786 in November.

The figures only partially cover the introduction of tougher restrictions at the end of the month, which is expected to push the numbers claiming benefits higher again.

The figures also do not include the 300,000 plus workers whose wages are being supported by the Government’s Employment Wage Subsidy Scheme (EWSS).

Separate figures published this week by the CSO put the Covid-adjusted unemployment rate for December at 20.4 per cent.

“The Covid-19 income supports were originally set up as short-term emergency income supports but they have been extended several times and there have been changes made in terms of the eligibility criteria and how they are being administered,” the CSO said.

“While the PUP and the TWSS were both expected, until recently, to cease in August, the latest announcements have indicated that the PUP is expected to continue into 2021 while the TWSS has been replaced by the EWSS from September 1st,” it said.