Johnson says UK can use tax to drive investment outside EU

UK currently has a 19% rate of corporation tax 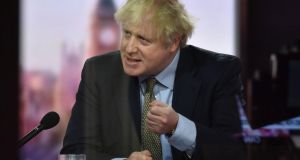 Leaving the European Union is an opportunity for the UK to use taxes and subsidies to encourage companies to step up spending, Prime Minister Boris Johnson said.

In addition to regulatory change, “you can use tax systems and subsidies to drive investment,” he said on the BBC’s Sunday AM show.

The UK is now operating outside of the bloc for the first time after the end of the transition period. Many economists expect that more paperwork and other barriers to trade will hurt economic growth just as the coronavirus pandemic is already hammering output.

Despite a raft of new rules for trading with the EU, Brexit is still a boon for exporters, Johnson said.

“There is some bureaucracy and we’re trying to remove it,” Johnson said when asked about the new red tape that took effect on January 1st. “We have a massive opportunity to expand our horizons, and to think globally, and to think big.”– Bloomberg