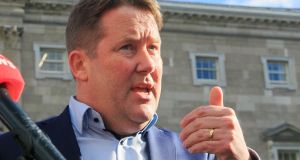 The new Minister for Housing’s plan to tackle the crisis? More of everything. In an interview in the Sunday Independent over the weekend, newly installed Darragh O’Brien promised to double the number of social and affordable housing units in new developments, and to double-down on supports for first-time buyers.

The first part of that equation will see the percentage of affordable housing a developer will have to set aside in new developments double to 20 per cent. O’Brien says he will be drafting legislation to change the metric in the coming months. Ironically, this would bring the rate back to where it was before the 2008 crash.

In 2000, under part V of a new planning Act, developers were required to provide 20 per cent of their estates for social and affordable housing, but most of the big ones just bought their way out of it, paying the local councils exemption fees. A decade later, the affordable housing element was abolished with developers having to provide 10 per cent social housing only, albeit this was mandatory.

O’Brien also talked about increasing the salary caps on the Government’s new affordable home purchase scheme, due to be launched in September. The scheme, which sees affordable homes built on public land, is aimed at households that can pay a mortgage but are finding it difficult to buy a home.

He plans to raise the salary thresholds from €50,000 for an individual and €75,000 for a couple. This, he hopes, will get thousands more on the property ladder.

The new administration might disagree but these initiatives are sort of what we’ve been getting to date, the status quo with some tinkering around the edges.

On the basis of Fine Gael’s recent election performance, the public has lost patience with this approach.The policy of relying almost entirely on the private sector has singularly failed to resolve the affordability problem at the heart of the market or to drive down prices in any meaningful way. It’s not obvious that any of these new measures will change this.