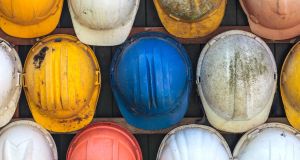 Too often advocates for individual projects emphasise the jobs they will generate rather than the good or service produced. Photograph: iStock

While new jobs are unequivocally good news for those who get them, the value to society as a whole of additional jobs is rather different when the economy is at full employment than when unemployment or involuntary emigration is endemic, as it was for most of our economic history from independence to 1990.

The Celtic Tiger period ushered in a new era for the Irish economy: not only was there very rapid growth in employment and living standards but, towards the end of the 1990s, the economy effectively reached full employment.

For Ireland this was new, though full employment, albeit with some cyclical ups and downs, had been the norm in many other developed economies since the 1950s.

The great recession between 2008 and 2012 saw Ireland’s unemployment peaking at 15.5 per cent of the labour force, but by 2019 the economy had returned to normal with low unemployment.

It is anticipated that when the current economic crisis is over, the economy will, once again, gradually return to full employment.

Of course the scale of job movement in the economy is a lot greater than the net gains or losses in overall employment.

Voluntary movement from one job to another is usually a net gain to society, where people find a job that suits their circumstances better or pays better.

In any dynamic economy, some sectors or businesses prosper, and others fade as technologies, products and market preferences change. Some groups or regions can be left behind, even in an economy that is overall growing jobs numbers.

If the workers who lose their jobs in declining sectors or businesses can’t find work matched to their skills and experience in those branches of the economy that are flourishing, that is a definite loss to society.

With full employment, to fill new jobs workers will have to be attracted away from existing jobs, generally through the new employers paying higher wages. Under these circumstances the value to the economy of the new job must be offset against the value of the job lost when a worker changes employment.

Because workers will tend to move to firms that can afford to pay more, as reflected in higher wages, there is likely to be a benefit to society from the change, but it will be much less than the case where the new job is filled, directly or indirectly, by reducing the numbers who are unemployed.

In the late 1990s the IDA commissioned the ESRI to look at how to value new foreign businesses that might set up in Ireland.

The ESRI research by Patrick Honohan in 1998, subsequently updated by UCD and Indecon consultants, concluded that, with an economy tending to full employment, each additional job brought in by the IDA is probably offset by the loss of 0.8 jobs elsewhere.

Thus, the headline number for new jobs greatly exaggerates the benefits to society. There are of course exceptions: new jobs in Donegal are probably worth more than new jobs in Dublin because of higher unemployment.

The insights from this research are now enshrined in decision-making by the IDA and Enterprise Ireland, and also underpin the Government’s code for determining the benefits from new public investment.

However, this important insight is often forgotten as governments here and elsewhere, trumpet expenditure that will “create” jobs. When we are at or close to full employment, the main the value to society arises on the output side, such as the value of new social housing or better-insulated housing, not from the jobs generated in delivering this output.

Too often advocates for individual projects emphasise the jobs they will generate rather than the good or service produced.

For example, expenditure on retrofitting our housing stock to decarbonise Irish society is valuable because it reduces household carbon emissions, not because of the numbers employed in doing the work.

In the short run, with the building industry fully employed, increasing the number of jobs in retrofitting is likely to mean a smaller workforce available for new construction. The resulting lower construction output elsewhere will be a loss to society, offset by the value of warmer homes and lower greenhouse gas emissions.

It is only if the overall capacity of the building industry is expanded through training additional workers, that we will see overall jobs numbers grow if we spend more on retrofitting.