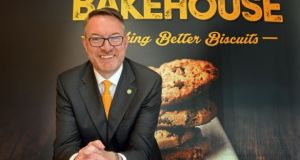 Just three Irish companies are included on a high-profile list of Europe’s fastest-growing firms, down from a record nine in 2017.

The Financial Times published its FT1000 on Thursday, listing the 1,000 companies in Europe that have achieved the highest percentage growth in revenues between 2016 and 2019.

The Republic had two companies in the top 100: Longboat Clinical and East Coast Bakehouse.

This is the highest position ever achieved by an Irish company in the annual rankings.

The pharmatech company, which was founded by serial entrepreneur Gerard Ryan, was acquired by US company Advarra late last year for an undisclosed sum. Founded in 2014, it reported revenues of €5.82 million in 2019, up from €358,001 three years earlier.

Coming in at number 99 on the list is biscuit maker East Coast Bakehouse, whose founders are Alison Cowzer and Michael Carey. The company recorded a CAGR of 142.2 per cent from 2016 to 2019. During this period, revenues rose from €268,000 to €3.8 million.

The minimum compound annual growth rate of companies on the FT’s list was 35.5 per cent, slightly lower than last year’s 38.4 per cent.

In 2019, no Irish companies featured in the FT’s annual rankings, while in 2018, just two firms were on it. In the two years prior to this however, Irish companies were far better represented with eight companies in 2017 and nine a year earlier.

Britain’s largest green energy company Bulb Energy took the top spot in this year’s FT rankings with a 2016-19 CAGR of 1,159 per cent.