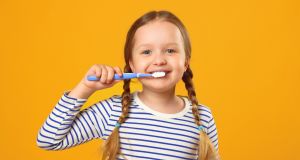 Progress over the centuries in the physical sciences such as chemistry and physics has been made through repeated experiments in controlled environments. Most recently and successfully, the testing of vaccines carried out in a systematic way by different research teams has shown a range of vaccines are successful in protecting people from Covid.

However, in economics, these kinds of experiments are very difficult or impossible. For example, you can’t randomly face shoppers with different prices for the same good to see how they react.

Instead, economists often have to rely on what they refer to as natural experiments. This is where circumstances facing two groups of people or companies vary in such a way that, although this hasn’t been designed by researchers, it takes on the character of an experiment. Two recent papers in top economic journals have exploited such natural experiments.

One was a large-scale study of the effect of fluoride on children, something that many earlier studies have considered, though with smaller samples.

The ideal research strategy would be to run an experiment where individuals are randomly given different levels of fluoride, but it is obviously not feasible to randomly assign fluoride intake from birth in a large-scale long-term set-up. This study instead exploited the fact that, although no fluoride is added to water in Sweden, due to differences in the geology across the country, children received different doses of naturally fluoridated water.

The findings confirm that fluoridation of water produces a substantial improvement in dental health.

This was the original justification for artificial fluoridation being introduced in Ireland and other countries in the 1960s. The study also found that fluoride does not have an effect on the intellectual development of children, disproving one of the frequent assertions of the anti-fluoridation brigade.

A further finding from the study is that fluoride is associated with increased income, in particular for individuals from a lower socioeconomic background. However, the research does not provide a clear explanation for this statistically significant result. The suggestion is that improved dental health in some way makes workers more productive – toothaches are definitely distracting.

A second study looked at the impact of a broken education, using as its “natural experiment” the huge disruption wrought by the second World War on the educational experience of a generation of Poles. This disruption was much greater than anything we are experiencing in the current pandemic.

The study focused on the two million Poles who had to move from their homes in territory that was ceded to the Soviet Union after the war. The researchers looked at the descendants of those Poles who were forced to migrate, comparing their experience with all other Poles of the same ethnicity, language and religion.

Before the war, the region from which their parents were forced to move had lower than average levels of education. However, the research found that the descendants of the forced migrants have significantly higher educational attainment today compared to other Poles and have a higher likelihood of having completed their secondary education.

This surprising result seems to suggest that the searing experience of forced migration brought about a change in attitudes to education in these families. Losing their homes and most of their belongings when they had to move out highlighted the impermanence of physical possessions, while a good education was something that could not be taken away from them.

Today’s massive disruption to children’s lives due to the pandemic constitutes another natural experiment on a grand scale. For decades to come, researchers will be looking at how the disruption to education will affect the future life course of today’s children. Researchers will contrast how they fare as they grow up, with how children from earlier or later generations progress.

A major point of interest will be the differences in impact of the varied levels of disruption in different countries, the different approaches to keeping schools open, and how online learning has been rolled out and supported in different places.

There will be important lessons from these studies on how best to blend in-person and distance learning, how to support tech-poor families, to inform the educational systems of the future.

And of course there will be learning on how best to support children’s ongoing education in any future pandemics.

To enhance our own insights on how the pandemic is affecting our children, we are fortunate to have the Growing Up in Ireland survey as a rich source which has been tracking two groups of children over time for the last 13 years.