Cantillon: House repossessions trigger fear and misery but Ireland seldom does them 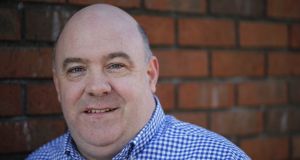 Research from the Central Bank of Ireland detailing the elevated level of long-term mortgage arrears – a hangover from the 2008 crash – was seized upon on Monday by David Hall, chief executive of the Irish Mortgage Holders’ Organisation, as “incontrovertible proof that thousands upon thousands of Irish families may lose their homes”.

He has warned of a tsunami of future evictions. The thing is, we’ve been continually warned about it in the past, without it ever coming to pass. We’ve had fewer repossessions than countries that didn’t even have a property crash.

In the 11 years since 2009, about 9,500 homes have been repossessed here, roughly a third by court order and the rest by voluntary surrender. Given the scale of Ireland’s crash in 2008, that’s a pretty small figure.

To put it in context, there were more than 120,000 mortgages in arrears in 2013 at the height of the crisis. Since then, it has fallen to 57,000 with lenders seeking better solutions and the economy picking up.

This is not play down the tragedy of repossession for the households involved, just that it hasn’t happened on the scale many predicted. Ireland doesn’t have a repossession culture. And the proof of this is that banks have opted to sell off their non-performing loans rather than go down the legal route of trying to repossess the underlying asset, a process that presents a different set of challenges.

“Banks, vulture funds, the government and the Central Bank have bluffed for eight years trying to tell us that there will be no tsunami of repossessions,” Hall said. “Since the recession, 9,500 families lost their homes. Many view this to have been a tsunami.”

It also found that one-third of those in long-term arrears were making no mortgage repayment while almost half had limited or no engagement with their lender. This is still a problem area, no doubt, and it’s likely to be made worse by the Covid crisis. Hall might yet be proved right.