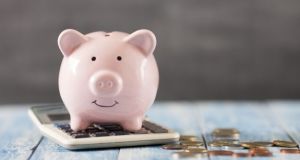 Bank lending to households totalled €135 million in the month, the lowest annual figure recorded since mid-2017

Irish households continue to pay back debt, according to new figures from the Central Bank.

Consumer lending rose €29 million in the month while on an annual basis, repayments exceeded new lending by €535 million.

Bank lending to households totalled €135 million in the month, the lowest annual figure recorded since mid-2017.

Loans for house purchase fell by €97 million for the month and the total was at €803 million on an annual basis.

Overnight deposits, which include current accounts, recorded an increase of €371 million in August and grew by €13.7 billion, or 15.5 per cent year-on-year.

1 Aldi to impose limits as Christmas toys go on sale
2 Fair deal? Family at odds with hospital and each other not so sure
3 ‘Essential’ retailers risk a firestorm if they exploit the closure of the ‘non-essential’
4 ‘I hate haggling because I hate when people do it to me’
5 Ryanair and Eir the worst for customer service during Covid crisis
6 Dresses and monogram bags boost Louis Vuitton sales
7 What to consider if older person or loved one needs care at home
8 AIB settled Citigroup dispute over Rusnak at fraction of $872m claim
9 €8m for Dublin city centre site with scope for 124 apartments
10 Coronavirus: How Covid-19 may reshape the Irish retail landscape
Real news has value SUBSCRIBE