Irish and UK businesses cut spending by 65% in lockdown 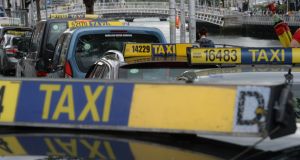 Irish and UK businesses cut their spending by 65 per cent in April as restrictions to curb the spread of the coronavirus came into force. That’s according to Dublin-based fintech group Soldo.

The company’s spend index, which collates data from 28,000 businesses across Europe, shows businesses slashed their spending on entertainment, travel and transport in response to the shutdown.

Per business spending on transport, which includes money spent on taxis, motor freight carriers and local delivery services, fell by 74 per cent in April compared to 2019, Soldo said, and accounted for just 17 percent of transactions made via its e-commerce platform.

Per business spending on travel, which includes travel arrangement services, such as hotel or flight bookings, decreased by 92 per cent.

Separate Central Statistics Office figures point to annual drop in overseas travel to and from Ireland of 99 per cent in April alone, the effects of which are also visible in business spend trends, Soldo said.

Soldo’s index suggests the spend per business in the rest of the Europe was down by 57 per cent in April compared with the same month last year.

Spending in some areas, however, picked up.

Per business spending on services across Ireland and the UK – including professional services, subscriptions, and software – was up by 81 percent on the previous year.

Per business spending on shopping, such as purchasing stationery, tools, and relevant equipment, also increased.

Soldo’s figures also point to a modest recovery in May as business spending rose 38 per cent on the previous month. This coincides with the Irish Government’s easing of lockdown restrictions.

“Businesses all over Europe have been hit hard by the coronavirus, and as these resilient businesses fight to stay solvent, cashflow and cost-control will be top priorities,” Soldo chief executive Carlo Gualandri said.

“For employees working from home, we’re heartened to see increased spending on software and business equipment, as this suggests that businesses are spending to ensure workers have the tools they need to work productively,” he said.