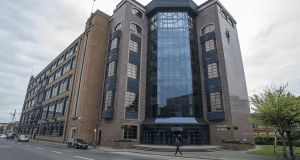 Ireland’s debt office is planning to raise €3 billion from a bond sale in the near future, market sources suggest.

The National Treasury Management Agency (NTMA) has mandated joint lead managers for a 15-year syndicated bond sale, which will mature on May 15th, 2033.

Barclays, Cantor Fitzgerald Ireland, Goldman Sachs, HSBC, Natwest Markets and Société Générale corporate and investment banking have been mandated to lead the transaction to be launched and priced in the near future subject to market conditions.

This transaction will be the second syndicated bond sale this year following a sale of €4 billion worth of debt in January, due to mature in 10 years. The transaction in January had a yield of 0.944 per cent while another syndicated debt sale last October carried a negative yield for a five-year bond.

At the end of last year, the NTMA said it planned to raise between €14 billion and €18 billion. So far this year it has raised €6.25 billion. The NTMA is gearing up to pay for a bond due to mature in October for which it will have to repay €8.9 billion to investors.