Top ‘compliant’ rating given to Ireland, Norway and Mauritius 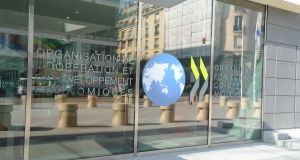 The OECD issued a batch of peer review reports on the tax and financial transparency of 10 jurisdictions, giving Norway and Ireland top ratings while finding Canada, Germany, and Australia have room to improve.

Ireland has received one of the highest international ratings on tax transparency from the OECD.

The organisation’s Global Forum on Transparency and Exchange of Information is part of the implementation of the common reporting standards in the wake of the global clampdown on multinational tax avoidance.

Its latest group of 10 peer review reports, published on Tuesday, follows up on an initial assessment made in 2011.

Jamaica was rated “partially compliant”, with the OECD citing the lack of a legal framework to ensure that beneficial ownership information is maintained and available.

In the case of Ireland, the forum noted that the State ensures the availability of beneficial ownership through a combination of anti-money laundering and tax laws.

The study did, however, recommend that bank account information here include the beneficiaries of trusts and not only those that hold more than 25 per cent of the capital of the trust.

“Ireland continues to play an active role in global work to reform the international corporate tax system,” he added.

In the cases of Canada and Australia, both nations’ scores dipped since their 2011 review, due to the failure to implement new standards on the availability of ownership identity, and other accounting information, according to the OECD reports. In the case of Germany, the OECD complained that a restriction on bearer shares-equity in a corporation granted through a physical stock certificate-doesn’t apply retroactively. It also highlighted practical issues with Germany’s implementation of the standards, including that “some of Germany’s partners still have pointed to delays and difficulties in terms of communication”.

The OECD noted that Jamaica has some requirements on beneficial ownership, but doesn’t have “robust mechanisms” in place to ensure that the rules are applied to all Jamaican entities-especially corporations incorporated outside Jamaica but centrally managed from there.

“Jamaica should take appropriate measures to ensure that beneficial ownership information is available in line with the standard for all relevant entities and arrangements for account-holders,” the report stated.

The Caribbean jurisdiction had been rated “largely compliant” in a 2013 review, but has fallen due to its failure to implement recommendations from that report, or for new standards introduced since then.

The CRS exchanges are planned to begin in September 2017.

The US is not currently participating in the system.