Report concludes the scheme benefits too many on higher incomes 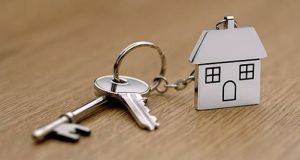 The Parliamentary Budget Office paper concludes that while the Help to Buy scheme may have been inflationary, the price inflection was not significant. Photograph: Getty Images

The Government’s Help to Buy scheme did not have a “statistically significant impact” on the price of new properties, according to a paper published this week by the Parliamentary Budget Office (PBO).

This goes against what many economists had warned about deploying a demand-side measure in a supply-starved market, and gives the Government cover to announce it will continue the scheme which provides tax rebates of up to €20,000 to first-time buyers of new homes up to the value of €500,000.

The standard economic paradigm suggests that, in a competitive market with limited supply, if you provide more funding to buyers you will simply bid up the price in favour of sellers. However, the PBO’s report sees no evidence of this.

“While median prices for new builds did increase following the introduction of the scheme, the price of existing properties followed a broadly similar trend,” it said.

More significantly, it concludes that while the Help to Buy scheme may have been inflationary, the price inflection was not significant.

The paper said “that the scheme was used for a significant number of properties that are above the median national house price and benefited households at the upper end of the income distribution”.

It also noted that a significant number of claims were also made by households that already had a 10 per cent deposit saved.

“This suggests that the scheme did not fulfil its original aims in an efficient manner as the scheme supported a significant number of transactions that would have taken place without the scheme,” it said.

Deadwood in economic terms. It doesn’t take much reading between the lines to see the report is suggesting that the scheme is priced too generously and that the Government is being advised to lower the €500,000 threshold.

“The analysis in the PBO report provides political cover for an announcement to continue with the scheme, albeit in a more targeted way,” said Goodbody analyst Dermot O’Leary .