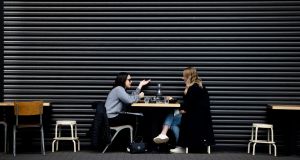 After seven months of anguish for the hospitality and tourism sector, interspersed with bouts of intense lobbying and loud criticism of official policy, the Government finally “gets it”, according to tourism industry representatives.

With Budget 2021, the Coalition has assembled an enormous bundle of measures for a sector that supported 260,000 jobs before it was upended by the pandemic. It includes direct compensation for closures, cash grants and €336 million of tax cuts.

Hoteliers, restaurateurs and others who spoke to The Irish Times on Tuesday afternoon believe that this unprecedented flexing of the State’s financial muscle in support of the tourism sector may help thousands of devastated businesses to survive the winter.

Last Friday, as the final details of the budget were being raked over by officials, the first meeting was convened of the Hospitality and Tourism Forum, a State and industry talking shop to help the sector. It was co-chaired by Catherine Martin, the Minister for Tourism, and Leo Varadkar, the Tánaiste and Minister for Business. The sector pleaded its case, and now believes the politicians have listened.

“The Tánaiste stayed for 1½ hours listening to our concerns,” said Eoghan O’Mara Walsh, the chief executive of the umbrella group the Irish Tourism Industry Confederation. “There was hope after that meeting that they had got it. The budget today was proof that they got it.”

Up to €5,000 a week for Covid-hit firms, hospitality VAT rate cut VIEW NOW
Inside Business with Ciaran Hancock · Budget 2021: “unprecedented in size and scale”

O’Mara Walsh said that none of the support measures are backdated to compensate businesses that have been badly hit since the pandemic shut large parts of the sector in March. “That is going to affect the publicans the most. But it would be churlish to criticise the Government too much on the overall approach. There is a framework there to support the sector through next year.”

In their respective Budget 2021 speeches, Paschal Donohoe, the Minister for Finance, and Michael McGrath, the Minister for Public Expenditure, announced a slew of measures designed to staunch the bleeding for one of Ireland’s largest indigenous export sectors.

The Government has cut the sector’s VAT rate from 13.5 per cent to 9 per cent for the next 14 months which, at a stroke, effectively adds 4.5 percentage points to the margin of every operator in the industry, or at least the ones that are open. Businesses whose revenues fall by more than 80 per cent whenever restrictions go to Level 3 or above will be able to claim up to €5,000 per week in State compensation.

Wage subsidies have been extended until the end of next year. Local authority rates have been waived until the end of this year. Fáilte Ireland has been given €55 million for cash grants for the worst-affected businesses, and €5 million has been set aside to fund new tourism capital investment projects. The reaction from industry operators was swift and effusive.

Galway restaurateur Mike O’Grady, who runs four outlets including the landmark O’Grady’s on the Pier in Barna, said the wage subsidy extension was a “massive help” for his business: “They now realise that we are the hardest-hit sector.”

Pat McCann, chief executive of the country’s largest hotel operator, Dalata, said the industry was “delighted” and the budget will save jobs.

John O’Sullivan of the Hodson Bay group, which operates hotels in Dublin, Galway and Athlone, said the tax measures will boost cashflow, and the wage subsidies will be the difference between letting staff go and keeping them on.

From the industry’s perspective, this budget was all about helping it survive the dark days of winter ahead. With financial supports now in place, the focus returns to beating back the virus for the sake of the nation’s health, and to give businesses a fighting chance of recovery in 2021.