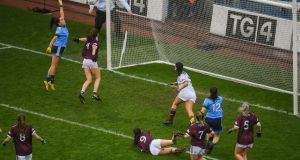 In 2019, TG4 increased its share of television viewing to 1.84 per cent, making it the sixth most-watched channel in the Republic.

Public service broadcaster TG4 said it was “extremely grateful” for the additional €3.5 million it has received in Budget 2021, its director-general Alan Esslemont said.

The measure represents the largest sum allocated to the Irish-language channel since 2008 and means TG4 will now receive €40.7 million from the exchequer in 2021.

Mr Esslemont thanked Minister for Tourism, Culture, Arts, Gaeltacht, Sport and Media Catherine Martin, her department and the Government for what he described as “significant support” next year.

“This investment by government shows the confidence it has in TG4, in the independent production sector, in our audience strategy, and in our strategy for the audiovisual sector in the regions,” he said.

“The board and management of TG4, together with our partners, will continue in our efforts to reimagine the role and the status of the Irish language and the Gaeltacht in Irish society. We believe that media and the arts should be central to this reimagined vision.”

The move means that TG4 has now received the additional funding that the Broadcasting Authority of Ireland recommended it should be given when it approved its five-year strategy for the period 2018-2022. As of last year, only €3.5 million of the recommended €6 million extra annual allocation had been granted.

In 2019, TG4 increased its share of television viewing to 1.84 per cent, making it the sixth most-watched channel in the Republic. This was the highest ever audience ranking for TG4 since the channel was launched in 1996 and the target in its five-year strategy is to achieve a 2.2 per cent share by 2022.

The funding measure announced by Minister for Public Expenditure and Reform Michael McGrath will create new investment opportunities for TG4 to further develop and support independent producers, it said, with knock-on benefits for the economy in the Gaeltacht and elsewhere.

Although no new measure was announced in relation to deficit-struck RTÉ, the Government’s expenditure allocations document states that it will “maintain support for RTÉ as the national broadcasting authority”.

The broadcaster, which has seen its commercial revenues suffer in line with the rest of the media sector in 2020, is on track to have some financial pressure alleviated following the agreed transfer of the National Symphony Orchestra to the National Concert Hall, an €8 million provision for which was made in the budget.