Eligibility loosened for CGT relief, which allows lower rate of tax of 10% on disposals 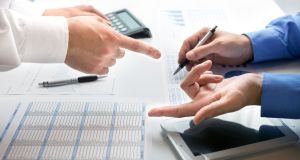 The move means that entrepreneurs should find it easier to qualify for the Capital Gains Tax Entrepreneur Relief, which gives a reduced rate of CGT of 10 per cent.

Entrepreneurs who sell all, or part of their businesses, should find it easier to access a lower rate of tax on any gains they make as part of the disposal, thanks to a change in Tuesday’s budget.

The move means that entrepreneurs should find it easier to qualify for the Capital Gains Tax Entrepreneur Relief, which gives a reduced rate of CGT of 10 per cent, compared with a normal rate of 33 per cent, on gains from the disposal of qualifying business assets. A lifetime limit of €1 million remains.

Minister for Finance Paschal Donohoe said: “This introduces a greater ability for a person to expand their business without worrying about losing this relief”.

However, those looking to qualify for this relief will still be required to work in the business for three out of the five years before disposal. This will ensure that the move does not benefit passive investors the Minister said.

The Minister also said he would make a technical amendment on Tuesday night to the CGT legislation to address an avoidance issue.

No change to CGT rate

However, while there had been expectations that the Minister might reduce the normal rate of CGT, at 33 per cent, in order to stimulate investment in Irish businesses, no such change was signalled on the day.

Marc O’Dwyer, chief executive of Big Red Cloud said the decision not to do so would have “significant implications” for business investment and job creation during 2021.

“A reduction in CGT would have ensured a much needed injection of capital investment into the sector to facilitate growth and job creation. It would have spoken to the Government’s commitment to the sector,” he said.

Similarly, John McGrane of the Family Business Network, argued that cutting CGT would have been a “win-win” for the exchequer and for local communities, while Brian Keegan, director of public affairs with Chartered Accountants Ireland , said that a temporary reduced CGT rate would have brought in much needed tax revenue “from a pent-up appetite for transactions which must go unsatisfied for now”.