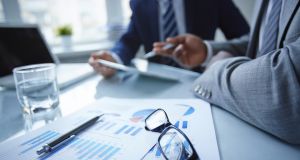 Business groups have broadly welcomed the measures in Budget 2021, saying the package of supports would help many businesses cope with the worrying double whammy posed by the Covid-19 crisis and uncertainty surrounding the end of the Brexit transition period.

The largest financial package in the history of the State was “ambitious but appropriate given the magnitude of challenges facing the Irish economy”, said Ibec chief executive Danny McCoy.

He highlighted the planned increase in capital spending as “a positive move”, and said this investment would avoid repeating the mistakes of the last crisis.

The Covid-19 Restrictions Support Scheme (CRSS), the reduction in VAT to 9 per cent for hospitality and tourism businesses, along with the extension of the Employer Wage Subsidy Scheme (EWSS), “will undoubtedly provide a lifeline to many businesses in the sector struggling to stay afloat”.

Sven Spollen-Behrens, director of the Small Firms Association, commended the Government for enabling thousands of small business owners to plan for the year ahead.

“We welcome the equalisation of the earned income tax credit with the PAYE credit, the return of the 9 per cent VAT rate and the extension of the commercial rates waiver and tax warehousing scheme,” he said.

“The commitment to continue the EWSS during 2021 will give those dependent on it more certainty, especially businesses in the experience economy.”

Reliefs for the self-employed “show the Government’s commitment to indigenous entrepreneurs”, Mr Spollen-Behrens said, while the organisation was also pleased to see the establishment of the CRSS for businesses most affected by Covid-19 restrictions.

However, the increase in carbon tax would increase costs for small businesses and it was “regrettable” that the Government had not reduced capital gains tax (CGT) to 20 per cent across the board.

“Whilst today’s announcements look good today, the key questions will be how quickly these can be implemented and feed through the economy,” he said.

Retail Excellence agreed that Budget 2021 had “delivered some reassurance to concerned retailers”, and also flagged the importance of the Government’s confirmation that commercial rates would be waived until the end of the year.

But it was disappointed that the temporary reduction in the standard rate of VAT to 21 per cent, announced in the July stimulus, had not been extended beyond February 2021, and also warned that the supports that were introduced would be unwound if retailers were shuttered by Covid-19.

“These measures will be of little use if the country is moved to Level 4 and non-essential retail is forced to close.”

Chambers Ireland said there were “missed opportunities” in the package.

“Government should have done significantly more to invest in the affordability of childcare and to support entrepreneurs through reform of CGT and other entrepreneurial reliefs,” said Chambers Ireland chief executive Ian Talbot.

“They could also have been bolder in funding the recovery of urban centres. There is an opportunity for the National Economic Plan to improve on this, and we urge Government to use it.”

Although it said the pressures on the agri-food sector “were not adequately addressed” in Budget 2021, the British Irish Chamber of Commerce welcomed the Government’s creation of a €3.4 billion fund to combat “the twin threats” of Brexit and Covid-19.