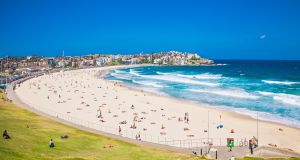 When Australia’s A$49 billion (€32.6 billion) plan to build a high-speed internet network risked going awry in late 2013, then communications minister Malcolm Turnbull appointed an American as head of the National Broadband Network to salvage the situation.

Bill Morrow is now one of hundreds of foreign executives, researchers and technology professionals headhunted by Australian companies and universities whose future is in doubt because of a crackdown on skilled “457” visas by the country’s Conservative government.

“My fingers are crossed,” Mr Morrow told Australian radio this week.” Like anybody on a 457 I think we all fall in love with Australia and we want to be here.”

The move is part of a populist pivot as the government emulates tighter immigration rules in the US and UK to try to shore up flagging public support.

But the crackdown is alarming businesses, which say it could have a devastating impact by hurting inward investment and undermining their ability to recruit overseas talent. They warn that Australia’s small population of 23 million leaves it more vulnerable to skills shortages than the US.

Irish citizens comprised the sixth-biggest group of successful 457 applicants in 2015-2016, with the UK the second largest.

Indian prime minister Narendra Modi has expressed “concern” about the shake-up to Mr Turnbull in a phone call, noting that a quarter of Australia’s 170,701 457 visa holders are Indians.

“There is a global war for the type of talent that can create business activity and economic growth,” Peter Nash, national chairman of KPMG Australia, said. “For some sectors – biomedical and technology – these changes run the risk of dissuading investment.”

Canberra argues that the 457 system, which was introduced in 1996 to solve skills shortages, has become “bloated” and a proxy path to permanent residency. It is replacing the system with two-year and four-year temporary skills visas, which it says will be more targeted to labour shortages and less open to abuse.

The government has removed hundreds of professions – ranging from actors to biochemists and geophysicists – from the eligible occupation list for new visas. It has introduced higher English language and work experience standards as well as an age limit of 45 for new applicants for permanent migration visas.

Some job categories, such as chief executive officer, ICT project manager and management consultant, are now only eligible for two-year visas, which can be renewed once. In contrast to 457 visas, they do not offer applicants a path to permanent residency in Australia.

“This will make it more difficult for our companies to recruit talented people from overseas,” says Guy Farrow, managing partner of Heidrick & Struggles, an executive search company in Sydney.

He warns that senior people may be unwilling to pack up their families and travel to the other side of the world for a maximum four-year opportunity.

“At a time when businesses are increasingly global, to make talent purely local will lead to suboptimal results,” says Mr Farrow.

Atlassian, Australia’s biggest technology company, has criticised the shake-up, noting that a quarter of its workforce are on 457 visas. CSL, a biomedical company, has about 40 researchers on the visas and has warned the changes could be “devastating”.

“The requirement for two years of work experience under the new visas could be a disaster for universities seeking to recruit post-doctoral researchers,” says Michael Spence, vice-chancellor of the University of Sydney. “This period of a researcher’s career is often when they do their most cutting-edge work.”

The university has 36 candidates in the process of applying for 457s, which it says are currently in a state of limbo.

One senior Singaporean biomedical researcher, Xianzhong Lau, who worked at the University of Melbourne and was due to take up a new job at a local company, has already been forced to leave the country because of the abolition of 457 visas.

When he arrived back in his home country he told the Straits Times he was “devastated” at having to leave after nine years studying in Melbourne.

Businesses are hopeful the government will amend the new visa scheme following a consultation with stakeholders due to wrap up in July. But Mr Turnbull, a former Goldman Sachs banker, may have limited room for manoeuvre.

The opposition Labor party and trade unions have long argued that the 457 system is being abused by unscrupulous employers, who were recruiting cheap labour from overseas to work as kitchen hands or shop assistants.

Mike Pezzullo, head of Australia’s immigration department, signalled to a parliamentary committee this week that a government climbdown was unlikely, saying talented people could use other visa paths to come to Australia.

“We will either, through distinguished talent arrangements or specified targeted labour agreements, always get those people, always,” he said.