Balkanisation of the UK could leave NI badly exposed 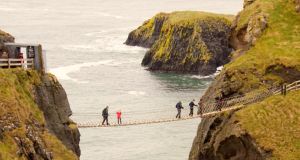 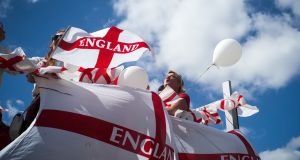 The dynamic of nationalism within the constituent parts of the United Kingdon, of which Brexit is a consequence, has implications for Ireland. The rise of English and Scottish nationalism has transformed the UK’s political system.

For more than a century, the issues that dominated elections in England and Scotland were broadly similar, and the three main parties – Conservatives, Labour and Liberals/Liberal Democrats – between them held the vast majority of seats in both Scotland and England. Today, however, the SNP holds 56 of the 59 Scottish seats at Westminster, while the Conservative and Labour parties dominate the English seats.

In this respect, Scotland’s Westminster representation is more like that of Northern Ireland, whose MPs have, since 1922, reflected the different perspectives on the North’s identity.

In the last election in the UK, instead of trying to scare English voters with the prospect of reds under the bed, an important Conservative argument was that a vote for Labour could see the SNP in government in Westminster as part of a coalition. For some English voters, the prospect of Scottish participation in government was seen to be a particularly undesirable outcome.

This difference in political representation reflects the very different political priorities of the voters in the different parts of the UK. Brexit has crystallised the difference in outlook in a manner that may be irreversible. The fear is that it may result in a major decline in regional solidarity within the UK.

Today there are major transfers from the richer English regions to the poorer UK regions, especially Scotland and Northern Ireland. However, the poorer regions of England fare less well than Scotland and Northern Ireland. Whether this pattern of income redistribution can survive Brexit and the related rise in English nationalism seems very doubtful.

However, what really stands out is the disparity in public expenditure per head between the North, Scotland and the poorest English regions, such as the northeast. Public expenditure per head in Northern Ireland is 125 per cent of the UK average, compared with 115 per cent in Scotland and 105 per cent for northeast England. This reflects the massive budgetary transfer from Westminster to the North of more than 30 per cent of regional GDP, something that does not happen within England.

In Northern Ireland an abnormally large share of output is accounted for by public expenditure, funded by transfers from London. Without transfers on this scale, output per head in the North would be even lower than it is.

As the costs of Brexit bite in the UK economy, there will be ongoing pressure to reduce expenditure or increase taxation. Where the axe will fall will be determined by the new UK government, almost certainly a government made up of English MPs, with a possible smattering of Welsh representatives.

As in the current government, MPs from Northern Ireland and Scotland will have no role. Under these circumstances, it seems highly possible that the English government of the UK may reconsider the generosity of their transfers to Scotland and Northern Ireland. It will be doubly hard to argue that the transfers should continue at the current level when poor English regions are today treated significantly less generously.

With the North likely to suffer disproportionately from Brexit, a simultaneous cut in the large transfers, to bring its treatment more into line with northeast England, could produce a pretty dramatic cut in living standards. It could affect the quality of public services in the North as well as personal disposable incomes.

Today these transfers ensure that average household income in the North is more than 80 per cent of the UK average.

In the longer term, if Scotland were to leave the UK, it would leave Northern Ireland even more exposed – a true political orphan. However, even if the balkanisation of the UK continues, while keeping Scotland within the UK, it is likely to be destabilising from an economic and social point of view.

Having been the first to leave the UK in 1922, it may seem unfair to now want to pull up the drawbridge. However, we may well find that a fractured UK poses other serious problems for Ireland over and above the multiple challenges posed by Brexit.