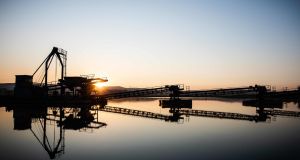 The German government cut its 2019 growth forecast for the second time within three months on Wednesday, reflecting a worsening slowdown in Europe’s largest economy driven by a recession in the manufacturing sector.

The difficult trade environment means that Germany’s vibrant domestic demand, helped by record-high employment, inflation-busting pay hikes and low borrowing costs, is expected to be the main driver of growth this year and next.

In January, the government had cut its growth estimate to 1.0 per cent from 1.8 per cent previously.

For 2020, the government now envisages a consumption-driven rebound with economic expansion of 1.5 per cent.

Altmaier said the slowing world economy, trade disputes and Brexit uncertainty were weighing on the German economy. Domestic factors include the introduction of new car emission regulations and unusually low Rhine water levels which have led to supply and production bottlenecks in the industrial sector.

Reflecting Germany’s vibrant domestic economy, import growth is expected to surpass export growth in both 2019 and 2020 which will is likely to reduce the large trade surplus further.

“The current account surplus will continue to shrink continuously and will go down to 6.4 per cent (of GDP) in 2020,” the economy ministry said in its spring forecast.

The government’s introduced fiscal measures such as higher child benefits and increased pensions for mothers will give the economy an additional boost this year, Altmaier said.

Altmaier called on the centre-left Social Democrats, junior partner in chancellor Angela Merkel’s governing coalition, to support tax cuts for companies and agree on refraining from any measures that could burden the private sector.

While rejecting calls from France and other allies for a consumption-oriented fiscal stimulus package, Altmaier said the government should now focus on supporting companies by cutting red tape and lowering corporate levies. – Reuters