Generation X ‘highly leveraged’ and most vulnerable to rate hikes 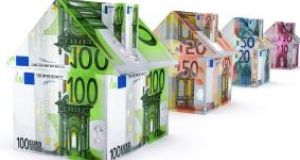 A new report from the Central Bank shows how much younger borrowers have benefited from tracker mortgages.

Generation X is still “highly leveraged” and is most at risk of an interest rate hike given a slow recovery in their incomes, a new report from the Central Bank says.

The study, which examines how households have reduced their property debt in the period 2008-2014, shows just how much Generation X or younger borrowers (born after 1970, according to the report) have benefited from tracker mortgages.

These borrowers have the highest concentration of trackers at close to 40 per cent, compared with 20 per cent for older borrowers (born before 1960).

Generation X bought at boom-time prices but, thanks to the impact of low-cost trackers, repayments have plummeted by 34 per cent since 2008, compared with a fall of just 9 per cent for standard variable-rate loans.

But they accumulated debt at a much faster pace than their disposable incomes grew leading up to 2008 – middle-aged borrowers, on the other hand, accumulated debt largely in line with their income growth prior to 2008. And their debt burden remains far greater, as they bought at heady boom-time prices.

Overall, Irish households cut their property debt by a fifth between 2008 and 2014, with older borrowers managing to do so much more quickly than younger ones.

The study notes that Generation X is “still highly leveraged”, with a median mortgage debt-repayment service-to-income ratio of more than a fifth. In 2014, for example, the typical loan-to-value ratio of younger borrowers was 87 per cent compared with an average of just 20 per cent for older borrowers.

6 Is owning a home a pipe-dream for the young?

8 IMF says rich countries could use taxes to reduce inequalities

9 How can I be sure an enduring power of attorney will follow my wishes?