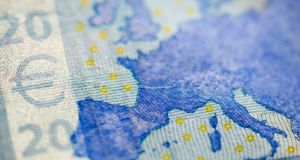 France’s economy will take two years to recover from its worst post-war recession, triggered this year by the coronavirus outbreak, the central bank said on Tuesday.

The euro zone’s second-biggest economy is on course to contract 10.3 per cent this year, before it bounces back with growth of 6.9 per cent in 2021 and 3.9 per cent in 2022, the Bank of France forecast.

Nearly a million jobs are likely to be shed this year and unemployment could climb to a new record of 11.8 per cent in the first half of 2021.

The central bank said the outlook could be brighter if the virus is quickly brought under control, while a second wave of infections could plunge the economy into a 16 per cent downturn this year followed by growth of only 6 per cent in 2021 and 4 per cent in 2022.

The forecasts did not take into account the potential impact of a recovery plan that the government aims to announce in the coming months.

President Emmanuel Macron put France under one of the most stringent lockdowns in Europe in mid-March, effectively shutting down large swathes of the economy until restrictions began to be lifted on May 11th.

As of the end of May, economic activity was still running 17 per cent below normal levels, though up from the 32 per cent reduction seen during the first two weeks of lockdown in March, the central bank estimated. Business surveys suggested activity could get back to less than 12 per cent of normal levels this month, it added.

Nonetheless, the time spent under lockdown meant that the economy probably contracted 15 per cent in the second quarter from the previous three months, when it had already slumped 5.3 per cent, the Bank of France estimated. – Reuters