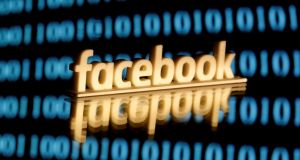 Facebook announced plans to address user concerns over the tracking of their online activity advertisers by giving users control over data which apps and websites share with the social network about their activity elsewhere on the web.

It elicited a lukewarm reaction from digital privacy experts, who said that as the social media giant “is one of the worst offenders in terms of privacy”, it is “hard to take anything the company does at face value”.

A verdict on Ryanair’s High Court attempt to secure an injunction against this week’s strike by Dublin-based pilots is due this morning. It comes as Belgian trade unions have told members not to comply with a the airline’s request to staff flights affected by a planned strike by Portuguese crew from Wednesday, a letter sent to Ryanair shows.

A Mayo-based shower accessory company has seen its valuation more than triple to €1.6 million since its founder filmed his appearance on the UK television show, Dragons’ Den. Peter Hamilton reports on the seemingly stellar prospects for Showergem, a shower caddy which can be attached to tiles using a transparent glue designed for wet environments.

In her column this week Fiona Reddan explains why it’s time to demolish the Government’s Help to Buy scheme. She argues that despite good intentions, the scheme must be scrapped if it is not helping lower-income earners.

It’s worrying times at Huawei, where founder Ren Zhengfei warned in an internal memo the company is at a “live or die moment”. However, on a more positive Sino-Irish front, Charlie Taylor reports how Chinese foreign direct investment into the Republic rose by 75 per cent to $142 million (€128.2 million) in the first six months of the year.

Finally, in commercial property, German fund Patrizia AG has added yet again to its burgeoning Dublin build-to-rent portfolio having agreed to pay €52.5 million for a block of apartments in Dublin’s Docklands which is due to be ready for tenants by early 2020.

1 Suspicions rife as key Brexit trade talks begin in Brussels
2 Bogus notion that supply will cure our housing woes
3 Irish companies restrict travel over coronavirus fears
4 Life as a Facebook moderator: ‘People are awful. This is what my job has taught me’
5 Corona beer firm reeling after 8% slide due to coronavirus
6 Coronavirus rocks financial world as hopes for containment fade
7 ‘The only time apartments were viable was in . . . Ballsbridge, Killiney and Dalkey’
8 How well paid do you think you are? Here’s how to work it out
9 Why Irish banks are now looking beyond vulture funds on problem loans
10 Flight attendant seeks High Court injunction against Aer Lingus
Real news has value SUBSCRIBE