Trade continues to grow in December 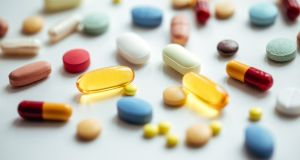 Irish exports hit a record high in 2017, rising 2 per cent to reach €122 billion for the year, new figures the Central Statistics Office showed.

Imports were also at record levels, rising 4 per cent year on year to €76.9 billion.

Preliminary figures put the trade surplus at €45 billion for the year, as exports of medical and pharmaceutical products surged 17 per cent to €35.4 billion. That was followed by a 12 per cent rise in exports of food and live animals increased to €11.4 billion.

The imports figures were driven by a 16 per cent increase in the imports of chemicals and related products, which totalled €17.4 billion for the year, and mineral fuels and lubricants, which were up €903 million or 24 per cent for the year.

There was a fall in the imports of transport equipment and aircraft, which was down 9 per cent to €14.96 billion, while car imports fell 7 per cent to €3.5 billion.

Britian continued to be a major market for Ireland’s goods, rising by 8 per cent to €14.5 billion as Ireland exported more chemical products and livestock. Imports from Britain also rose, increasing 10 per ent to €17.3 billion on higher imports of mineral fuels and chemicals.

The departure of the UK from the EU may put pressure on the trading relations between Ireland and the UK. It is not yet known what terms the country will agree with the EU.

The EU accounted for €62.7 billion of Ireland’s exports in 2017, while exports to the non-EU countries rose marginally .