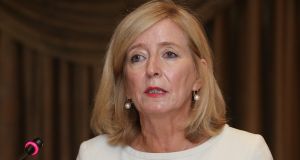 European Central Bank president Mario Draghi should give up his membership of the opaque Group of 30 consultative body because it risks hurting public confidence in the ECB’s independence, the European Ombudsman, Emily O’Reilly said on Wednesday.

The G30 is an international panel of senior figures from the finance industry, academia and current and former policymakers, which holds meetings on global financial issues behind closed doors.

At present its members include Mr Draghi, Bank of England governor Mark Carney and People’s Bank of China governor Zhou Xiaochuan, but also former policymakers who have now joined the private sector and directors from two banks supervised by the ECB.

“The ECB president’s membership of the G30 could give rise to a public perception that the independence of the ECB could be compromised,” Ms O’Reilly said. “For the ECB to allow this perception to arise over several years constitutes maladministration on its part.”

Ms O’Reilly, whose recommendations are not binding, criticised what she described as the “secrecy” surrounding the G30, including how members are chosen and what is discussed at the meetings. She said the ECB should tighten its rules regarding public engagements.

The activist group Corporate Europe Observatory, which filed the complaint to the Ombudsman, a European Union body, welcomed the decision as “timely and very positive”.

An ECB spokesman said the central bank had taken note of the Ombudsman’s recommendations and would respond in due course.

The criticism comes as the ECB is already under fire over other issues related to transparency and the appearance of being too close to industry, including its massive purchases of company debt, its handling of failing banks and the hiring of Draghi’s top aide.

The G30 includes directors from banks regulated by the ECB, including Germany’s Bayerische Landesbank, US giant JPMorgan , whose Luxembourg subsidiary is ECB-supervised, and until recently Spain’s Santander.

The chairman of UBS, Axel Weber, and the chief executive of Credit Suisse, Tidjane Thiam - two large Swiss banks with several subsidiaries in the euro zone - are also members.

They sit alongside former officials such as ex-Federal Reserve chairman Ben Bernanke, now an adviser to hedge fund Citadel.

Ms O’Reilly said she had found no evidence that G30 meetings had influenced the ECB’s work as the supervisor of the euro zone’s largest banks.

The ECB previously said it benefits from the exchanges of views at the G30.

Ms O’Reilly said the ECB could send representatives to G30 events open to external guests, only if it published agendas and non-confidential summaries, which it has declined to do so far.

She also asked that the ECB amended its rules to spell out that the six members of its Executive Board must be accompanied by staff to all meetings, and introduce equivalent rules for bank supervisors.

Corporate Europe Observatory has been criticising the ECB for being too close to the financial sector it is meant to supervise, including by letting financiers take most seats on its advisory groups.

In a concession to critics, the ECB has announced plans to hold regular meetings with entrepreneurs outside finance.