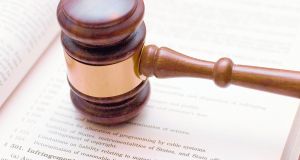 Contacts are believed to have been made with the major companies over the change to the regime. Photograph: iStock

An important change to multinational tax arrangements is expected to be announced in Budget 2018, limiting the tax write-offs big companies can take up front on movements of valuable intellectual property to Ireland. The move could provide a significant boost to the exchequer finances over the next few years, although estimating the likely yield is difficult.

In January 2015 the Government changed the rules in relation to how companies claim capital allowances on investment in intellectual property – the copyright, trademarks and patents relating to the design, development and marketing of products. Before 2015 companies could write off the allowances against a maximum of 80 per cent of the profits related to intellectual property in any one year. However, in 2015 the 80 per cent rule was removed, at the same time as the Government closed off the use of the controversial double Irish tax allowance to new arrivals.

The recent report on corporate tax by economist Séamus Coffey, commissioned by the Department of Finance, recommended that the rules should be changed back to the pre-2015 position. It said this would help to smooth out corporate tax re venues from year to year.

Under the proposed change, companies would still be able to claim the full cost of the investment in intangible assets, but restricting the amount of profits they can shelter each year means they would do so over a longer period. In turn this would boost tax revenues over the next few years, though by how much will depend on how the new rules are framed and on the amount of intellectual property investment undertaken.

In particular, it is not clear whether the change will apply only to new intellectual property in which firms invest after budget day, or whether the restriction could also apply to assets brought in over recent years.

A number of major multinationals have moved their intellectual property assets to Irish subsidiaries over the past few years, driven by emerging international tax changes that discourage companies from holding these assets in offshore tax havens. The Coffey report pointed out that this so-called “ onshoring” accounted for a massive €250 billion rise in intangible assets in Ireland 2015. The resulting profits distorted Ireland’s GDP figures, which showed a massive 26 per cent rise in that year.

Contacts are believed to have been made with the major companies over the change to the regime. Most are not thought to have objected, although the issue is sensitive given the scale of assets involved and the move towards country-by-country reporting of multinational accounts.