Otherwise, Budget 2018 found a little – perhaps tiny – something for everyone 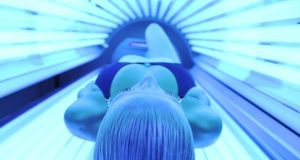 Tan tax: VAT on sunbeds is rising from 13.5 to 23 per cent. Photograph: iStock/Getty

It proved to be a particularly savage budget for sunbed-loving smokers with a taste for sugary drinks, but for everyone else Paschal Donohoe’s first solo run as Minister for Finance could best be described as another mild-mannered Late Late Show budget. Just as Michael Noonan did last year, he managed to find a little something for everyone in the audience, although for many the something he has found will be very little indeed.

There probably won’t be much by way of whooping among those earning €45,000 a year once they realise they will be better off by no more than €5 a week after all the numbers are crunched. And the response is likely to be even more muted among lower earners, who could be enriched by as little as €50 next year.

Perhaps the only real winners will be couples who both earn salaries of more than €70,000, as the widening of the higher-rate tax band and changes to the universal social charge will see their household finances swell by more than €600 next year.

People on the minimum wage may have some cause for muted celebration, with the rate climbing by 30c an hour, a step that will add €12, before tax, to the weekly wage packet of someone working a 40-hour week. Social-welfare recipients will see their weekly income rise by a modest €5, although they will have to wait until next March for the increase to be rolled out.

The old reliables have turned into the old reliable, with booze and fuel dodging the bullet and only cigarettes hit with a tax increase. For the third budget in a row a pack of 20 cigarettes, or a 30g pouch of tobacco, was slapped with a 50c increase, taking their prices to about €12 and €15.

A new old reliable has been created in the form of the well-flagged sugar tax, which will add up to 30c to the price of a litre of some sugary drinks. (Fruit juices, wines and beer are exempt.)

Many people listening to Donohoe’s speech will have been surprised to learn that until now sunbeds attracted the lower, 13.5 per cent rate of VAT. Not any more: the tax for using them has jumped by almost 10 percentage points.

But for most it will be the income-tax changes that matter most. By widening the top tax band by €750, to €34,550 for single earners and €43,550 for married single-earner couples, Donohoe gave one in five taxpayers back €150 a year. People who do not reach those thresholds will see no benefit from this measure, although they will gain as a result of USC cuts.

The Government has promised to raise the earned-income tax credit claimed by the self-employed to match the PAYE tax credit, which stands at €1,650. Last year it was increased to €950, and it will rise by a further €200 next year.

The Government made much of giving taxpayers something back. Many will still be a whole lot worse off than they once were. From 2008 a series of austerity-driven tax changes saw net income fall by about €2,000 for someone earning €40,000 a year, and €3,500 for someone with an income of €70,000. So even when the benefits from Budget 2018 are added to those rolled out in 2016 and 2015, most taxpayers will still be poorer than they were almost a decade ago.