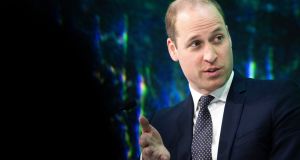 While global leaders including US president Donald Trump, British prime minister Theresa May and Emmanuel Macron have decided against repeat visits to the annual gathering of global elites at the Swiss town of Davos this year as they tend to more pressing matters at home, Taoiseach Leo Varadkar has concluded the World Economic Forum (WEF) is an opportunity not to be missed.

The Taoiseach is set to arrive at Europe’s highest town, some 1,560m (5,120 ft) above sea level, late on Wednesday with Minister for Finance Paschal Donohoe, though Minister for Foreign Affairs Simon Coveney has cancelled his planned trip to keep on top of matters relating to Brexit.

“With Ireland being in the international headlines of late over the Northern Ireland backstop, it’s probably good that they are turning up at this important watering hole to explain their position to political and business leaders,” said Feargal O’Rourke, managing partner of PwC Ireland.

Donohoe, who faced criticism from Nobel prize-winning economist Joseph Stiglitz on a Davos panel for being part of an international tax “race to the bottom’, will find himself on the defensive again this year.

He is due to appear on another taxation panel on Thursday afternoon, alongside Angel Gurria, secretary general of the Organisation for Economic Co-operation and Development (OECD) and Bastian Obermayer, a Pulitzer Prise-winning investigative journalist with Germany’s Sueddeutsche Zeitung who led global coverage of the ‘Panama Papers’ and ‘Paradise Papers’ in recent years on how the worlds’ wealthiest hide wealth offshore.

“Governments are losing between $100 billion and $240 billion annually to profit-shifting. As globalisation becomes increasingly digital, how can governments design more effective taxation systems?” the WEF promotional material for the session says.

The Republic, having counted among EU members to frustrate European Commission efforts in recent times for a common consolidated corporate tax base, financial transactions tax, and digital tax system, came out last week against Brussels latest proposal – to get rid of national vetoes on such matters.

Davos regular Bono, whose band U2 has faced its own share of criticism about its tax planning, is returning to the forum this year, having skipped the event in 2018 to prepare for a Grammys performance. He’s set to speak at a session on Wednesday morning, alongside International Monetary Fund chairwoman Christine Lagarde, on the funding gap for sustainable development.

IDA Ireland chief executive Martin Shanahan arrived at the Swiss mountain resort on Monday prepare for a string of meetings with business leaders and will preside, along with Varadkar and Donohoe, over the organisation’s usually well-attended annual clients dinner on Thursday evening.

Elsewhere, Irish writer and activist Sinead Burke, who hit the international spotlight in 2017 with a powerful TED talk in New York on how challenging the everyday physical world is for a small person, is taking her campaign to raise public awareness of design and disability to Davos for a second year. Fellow activist and social entrepreneur, Caroline Casey, who is legally blind, is attending the forum this year to press businesses on disability inclusion.

While businessman Denis O’Brien is a regular Davos attendee, he is not attending the forum this year, having stepped into the position of chief executive of his telecoms group Digicel earlier this month, following the sudden death of the previous incumbent, Alex Matuschka von Grieffenclau, over the Christmas holidays in his native Germany.