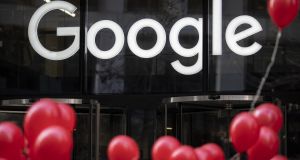 The Spanish government approved on Friday a draft law that would tax large companies 3 per cent of their digital revenue, bringing an estimated €1.2 billion to state coffers each year, cabinet spokeswoman Isabel Celaa said. The move is likely to provoke a reaction in Ireland, which will fear a consequent loss of tax revenues.

Spain, along with Italy, the UK and several other European Union countries, has been readying national digital tax plans while the bloc is still at loggerheads on an EU-wide levy.

It is designed to prevent big companies, such as Amazon, Google, Facebook and Uber from averting tax by routing their profits to low-tax states such as the Republic.

Ms Celaa said the tax bill for companies with revenues of more than €700 million globally, and at least €3 million in Spain, was in line with the European Union proposals on the matter.

The expected fiscal revenue is included in Spain’s draft budget for this year, which the minority Socialist government presented on Monday, although the Bills still face parliament discussions that could take several months.

The European Commission last March proposed a 3 per cent levy on the digital turnover of large online tech firms to address low taxation.

Most EU countries support the EU-wide tax, but it has so far been derailed by fierce opposition from countries including Ireland.