Account set up by State to hold €14.3bn of alleged back taxes suffers due to ultra-low rates 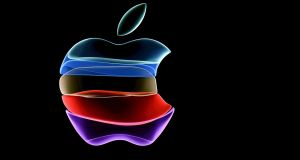 The figure was contained in a report published on Wednesday by the Comptroller and Auditor General (C&AG) on accounts of the public services for 2019.

The escrow account set up by the State two years’ ago to hold €14.3 billion of alleged Apple back taxes that’s the subject of a legal dispute with the European Commission suffered a €37 million hit last year as a result of ultra-low interest rates.

The figure was contained in a report published on Wednesday by the Comptroller and Auditor General (C&AG) on accounts of the public services for 2019.

The Government set up the account in 2018 to hold the Apple funds as the Republic and Apple went about appealing a Commission decision that the iPhone maker had received billions of euro of illegal tax breaks from the State.

The General Court in Luxembourg, the EU’s second-highest court, quashed the Commission’s decision in July, but EU competition commissioner Margrethe Vestager confirmed last Friday that she will appeal that ruling to the European Court of Justice.

“As a result, the monies will remain in escrow pending a final decision by the European Court. This process of litigation could take a number of years,” the C&AG report noted.

The €37 million interest-rate dent is a result of the fact that most of the funds are held by way of investments in European government bonds, which are currently paying interest rates of less than zero – or what’s known as negative rates. This is a result of the European Central Bank’s current policy of charging banks a negative rate of 0.5 per cent on deposits banks place with it.

The C&AG report also noted a previously-disclosed €209 million deduction to the escrow account occurred in 2019 as Apple was required to pay taxes to another unnamed country in relation to the same profits that were subject to the contested Irish case. This was approved by the Minister for Finance Paschal Donohoe under the terms of the escrow account.

Meanwhile, the C&AG said investment managers and agents involved in the management of the account received €9 million in fees from the time of their appointment in 2018 to the end of last year, including VAT. The funds are being managed by three firms, Amundi Asset Management, Blackrock Investment Management (UK) and Goldman Sachs Asset Management International, under the eye of escrow agent and custodian Bank of New York Mellon.