Auditors should ‘blow the whistle’ and make public a firm’s viability, says CAI 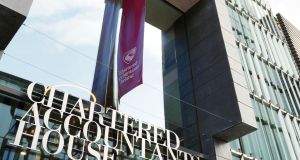 Chartered Accountants Ireland was responding to a public consultation from the Brydon review.

Auditors should have to form a view on the long-term viability of companies they’re scrutinising and then make this position publicly available, according to Chartered Accountants Ireland.

The all-Ireland accountancy body made the call in its submission to the UK’s Brydon review, which was established in February to look at the quality and effectiveness of the audit function. It followed the high-profile corporate failures of UK companies such as Carillion and Patisserie Valerie, which saw auditors thrust into the spotlight.

Chartered Accountants Ireland (CAI), with more than 4,000 members in the North and 1,100 members in London, responded to a public consultation from the Brydon review setting out a series of measures to improve the quality of audits, particularly where public companies are concerned.

“Society wants more from us than we’re currently required to do,” Conall O’Halloran, CAI president and KPMG audit partner, told The Irish Times. “We can sit behind company law if we want, but that’s not the profession we want to belong to,” he added before setting out the CAI’s proposals.

The accountancy body is calling for a significant change in auditors’ responsibility, effectively requiring them to “blow the whistle early”.

CAI has concluded that the public expects auditors’ opinions into the companies they inspect to sound the alarm in the event of “impending catastrophic risk”, something that wasn’t necessarily clear from the demise of companies such as Carillion or BHS.

In an effort to do that, it suggests that viability assessments be enhanced whereby an auditor could take a longer-term view on the likelihood that a company would continue to trade successfully and assess the risks to its business. In effect, this would lead audit firms into the area of doing some work undertaken by credit ratings agencies by stress testing a company’s assumptions. Where they would differ from ratings agencies, however, would be in their access to raw financial information rather than reported information.

While viability assessments currently exist, the CAI believes they’re not effective, instead being “somewhat binary” with “boilerplate” language. And such a move to have auditors assess a company over a three-year horizon, for example, wouldn’t be entirely foreign to auditors as that work is already undertaken in the context of a rights issue.

At present, while auditors have a responsibility to assess a company’s viability, they only have to report on that where their view is “completely inconsistent” with that of the company in question.

“We need to have a more robust framework for auditors testing [a company’s] assumptions,” Mr O’Halloran said. “The bit that’s broken is the bit we’re not doing.”

Asked why his organisation is taking such an interest in UK regulatory affairs, Mr O’Halloran said the CAI wants to take a view because “the UK is at the cutting edge”, adding that the country has tended to be more “progressive” with some of its experiments in this area making their way into European auditing standards.

The Brydon review, led by Donald Brydon, chairman of the London Stock Exchange Group and Sage Group, is due to report on its findings by the end of this year.

1 Policy failed us during the banking crisis and it’s failing us again
2 Retailers accused of ‘stealing business’ from rivals by flouting restrictions
3 Aryzta to pursue asset sales as takeover talks fail
4 How long can Government afford to keep State pension age at 66?
5 In praise of Gogglebox Ireland, an essential service in all but name
6 Goldman Sachs in talks to take over Blanchardstown shopping centre
7 Samsung patriarch Lee Kun-hee dies at 78
8 No-deal Brexit could trigger rise in food prices, says Simon Coveney
9 ‘French people are pretty relaxed. They don’t pander to scaremongering or hysteria’
10 John FitzGerald: North needs reform more than unity
Real news has value SUBSCRIBE