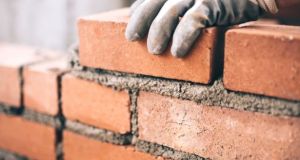 Glenveagh Properties, the fledgling Irish housebuilder backed by US private equity firm Oaktree capital, said on Tuesday it has invested almost €300 million of the money raised from its initial public offering last year.

It comes as the company announced that it has acquired two land portfolios for a combined €106 million, which are capable of delivering 2,235 homes across seven development sites. These include Tallaght and Donabate in Co Dublin, Bray in Co Wicklow, Dunboyne and Stamullen in Co Meath and in Galway city.

The company, created by combining property accumulated by Oaktree in Ireland following the property crash and the assets of Maynooth-based builder Bridgedale, raised up to €550 million through an IPO in October. It is led by: executive chairman John Mulcahy, who is a former senior Nama executive; chief executive Justin Bickle, a one-time Oaktree employee; and chief operating officer Stephen Garvey, who led Bridgedale.

Glenveagh said on Tuesday as it unveiled its maiden set of results that it now owns a diversified landbank capable of delivering over 7,340 units and which has doubled in size since the IPO. The company will have 700 units under construction this year, with a separate pipeline of over 1,200 units being developed for rental communities by its Glenveagh Living brand.

The company said that it has secured a €250 million three-year working capital facility from HSBC, AIB and Barclays.

Glenveagh reported a pre-exceptional loss of €3.3 million last year. It also booked a €47.5 million non-cash exceptional cost in relation to an expense relating to founder shares issued at the time of the IPO. The founder shares incentive scheme entitle the company’s to three executives to receive up to 20 per cent of total shareholder returns over a five-year period.