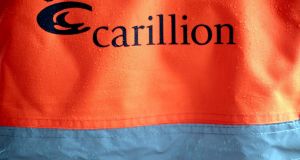 Builders BAM and Sammon face competition from rivals such as JJ Rhatigan and Sisk to build and run six schools left unfinished by the collapse of British group, Carillion

Builders BAM and Sammon face competition from rivals such as JJ Rhatigan and Sisk to build and run six schools left unfinished by the collapse of British group Carillion. News that several bidders are in the race follows a recent meeting between the State’s National Development Finance Agency (NDFA), which is overseeing the project, and its lenders German bank Helaba and Japan’s Tokyo Mitsubishi Bank.

Italian bond markets were hit hard in heavy trading volumes on Monday as investors prepared for heightened political uncertainty while the nascent coalition between populist parties strived to form a government.

On the back of Ryanair’s results yesterday, Barry O’Halloran explains how the sharp rise in oil prices has upended the airline industry’s own predictions for profitability this year, and how a shake-out of European airlines would benefit Ryanair in the long run.

Barack Obama and his wife Michelle have signed their first big media deal since leaving the White House with Netflix, bringing the former US president to the streaming service that produced American political drama House of Cards.

Staying on a political note, in her media column, Laura Slattery assesses the use and abuse by politicians of songs without permission, much to the ire of the musicians in question.

Irish Nationwide Building Society’s former chairman, Michael Walsh, has said the lender’s board had become clearly frustrated with its top two executives in the lead-up to the financial crash regarding failures to address regulatory and auditors’ concerns about compliance and controls. Dr Walsh was speaking on Monday during an ongoing inquiry into a series of alleged breaches of financial services law at the now-defunct society between August 2004 and September 2008.

Would you like a little boost to the household budget? Fiona Reddan says you should consider hosting a foreign student: it could earn you €1,000 a month. Also in Your Money section this week, Prionsias O’Mahony explains why the value investing strategy - buying cheap, unfashionable stocks - that made Warren Buffett rich may not work any more.