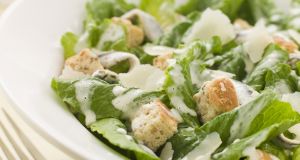 Willowbrook Foods is one of the largest producers of lettuce bags and salads on the island and employs 220 people across three factories in the North.

A Northern Ireland fresh food producer, headquartered on a 200-year-old family farm, is to invest in an additional production site after winning new Irish contracts worth €2.5 million.

Willowbrook Foods, which operates from the McCann family farm in Killinchy, Co Down, produces fresh and ready-made products, including salads and prepared vegetables for clients throughout Britain and Ireland.

The company, which employs 220 people across three factories in the North, is a key supplier to major multiples, from Tesco to Aldi, and household brands including Dominos and McDonald’s

It was founded in 1968 by its managing director, John McCann, who came up with the idea of selling vegetables from his father’s land directly to local supermarkets. From there, it has grown to become a company with annual sales of more than £20 million (€22.51 million).

It is currently one of the largest producers of popular lettuce bags and salads on the island but Mr McCann believes his company is well-placed to cultivate further sales growth.

“Strengthening our presence in the Republic of Ireland is central to futureproofing Willowbrook Foods’ success, as the market represents a major percentage of our business and huge growth potential.

“Combined with ambitious plans to increase our customer base in Great Britain and major investment into our production facilities, 2018 is set to be a challenging and ultimately rewarding year for Willowbrook Foods,” he said.

According to Mr McCann, its focus in 2018 will be to boost sales with its existing customers and win new contracts in the food service and retail sectors which he said has been a key factor in expanding its business in the Irish market.