The way we buy and sell houses is about to change 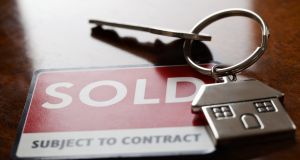 Buying and selling. Until recently a deed to the seller that was 20 years old or more constituted the point from which a buyer should start the review. Photograph: Getty Images/iStockphoto

From January 1st, 2019, the buying and selling of houses and other real estate will move to a pre-contract investigation of title (PCIT) system. This will mean that all sellers, through their solicitor, will need to produce title packs pre-contract. Buyers’ solicitors will need to investigate title pre-contract. The benefit of this change is that all property title queries will be dealt with and resolved in advance of contract signing. Buyers will still need to take extra care not to sign a contract, by private treaty sale or by auction (whether online or not), before getting independent legal advice.

This new system will be more efficient and cost-effective as we should see a reduction in the duplication of work and effort. Subject to availability of finance, the time frame between contract signing and completion of a property sale may also shorten. We should also see borrowers engaging earlier with their lenders to ensure they are satisfied with the title being offered as security for the borrowings before the contract is signed.

Over the millenniums there have been countless dealings in land in various forms. In 1667 the Statute of Frauds required that a contract regarding land be evidenced in writing. Deeds, as the instruments documenting and effecting land transfers, became the basis of the proof of one’s ownership. A system of registration of deeds was established in the 18th century and in the 1960s a registry of land ownership was set up in Ireland.

The vast majority of land transfers (or conveyances) have been effected on foot of investigation by buyer’s solicitors of seller’s deeds. Until recently a deed to the seller that was 20 years old or more constituted the point from which a buyer should start the review. By change of law, in 2010 this period was reduced to 15 years. This has the effect of reducing the number of documents to be produced by the seller to prove title and the extent of a buyer’s title due diligence. In 2011 it became compulsory to register ownership of all “unregistered land” in the Land Registry; however it will be many years before the register is complete.

In 1976 the Law Society of Ireland published the first edition of its “standard” land contract for sale. The standard contract has evolved over time and it has been used in the vast majority of conveyancing transactions since. While certain title warranties are provided for, ultimately the principle of caveat emptor (let the buyer beware) underpins it. What that means for the buyer is that he or she has to investigate the title during the conveyancing process. If, ultimately, there is something wrong with the title, the buyer has limited recourse to the seller.

Like in many countries, our conveyancing system is a two-stepped process. The first period leads to the signing of the contract. The second period that follows leads to final completion. “Completion” is the point at which the title formally transfers across. The main reasons for the two steps are to give the seller the time to produce the copy title documents and to give the buyer the opportunity to review them. The origin of the former is largely related to the bygone difficulty of document production and transmission.

It is easy to forget how much used to be involved in copying and transmitting information in hard copy before the current digital age. Immediately before the photocopier, handwritten deeds were copy typed, whereas now scanned copies are emailed or posted to online “data sites”. So, the practice was (or rather, is) that the seller would only evidence the title after the contract was signed. This process could only work if the standard contract permitted, as it currently does, the buyer to get out of the contract if the title, on investigation post-contract, is defective. Among the many difficulties with this approach, is that disputes about what is good or defective title are not uncommon and running a dispute when parties are “in contract” can be costly. Obviously, document production and data sharing has moved on considerably, so it was perhaps inevitable that a different approach would begin to take a hold in practice, as it has.

Taking notice of these changes, in 2016 the Law Society surveyed the solicitors’ profession on the potential for a move to a PCIT system. A clear majority of those who responded expressed favour for the change. Many practitioners said they were unhappy to leave title due diligence to the post-contract period, and pointed to the inefficiency in the current system of addressing pre-contract inquiries, only for many of the same queries to be raised again in the post-contract title investigation.

The PCIT approach has long been a feature of the new homes market and in higher-value transactions. In recent years receiver sales have been similarly structured; so the solicitors’ profession is familiar with this approach. The buyer market has engaged well with it where used; buyers have shown a clear willingness to undertake title investigation in advance, without the security of a contract for sale. More generally, it seems that sellers are more willing to and they have better practical ability to produce title documentation pre-contract.

Having regard to these factors the Law Society’s conveyancing committee decided to adopt the change fully. The forthcoming 2019 contract for sale addresses this by entirely changing the conveyancing system to a PCIT system.

The new system will also advance any disagreements on title issues. If the buyer and seller are not going to see eye to eye on title issues, it is better that this conclusion is reached before they have become bound by a contract. This approach should lead to overall cost and time savings on post-contract wrangling and potential litigation. It is far better to end the coupling during the engagement rather than after the marriage contract, if you pardon the analogy.

Michael Walsh is partner and head of property at ByrneWallace, Dublin, and he is a member of the Law Society’s conveyancing committee and convener of its pre-contract title investigation taskforce.