Nama may put €250m of O’Callaghan-linked loans on market

State assets agency says it will return €3.5bn to State when it has completed its work 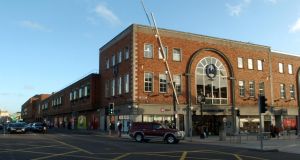 State assets agency Nama could put an estimated €250 million in loans linked to late developer Owen O’Callaghan on the market in the coming weeks.

The agency on Wednesday reported that it earned a €481 million profit last year and estimated that it would return €3.5 billion to the State when it has completed its work.

Speaking after publishing Nama’s annual report, chief executive Brendan McDonagh said it had just one significant debt on its books tied to retail properties that it would be “bringing to market in the next two or three weeks”.

Mr McDonagh did not name the borrower or the assets involved. It is understood to be about €250 million secured on a shopping centre and other developments built by Mr O’Callaghan’s business, O’Callaghan Properties.

The assets to which the loans are tied include the Mahon Point shopping centre on the southside of Cork, and a number of other retail properties in the city.

Nama came close to offering the loans for sale before under the name “Project Lee”, but held off for various reasons.

O’Callaghan Properties has said that the loans are performing; in other words, the company is meeting repayments and any other obligations that it may have.

Nama has slowed the rate at which it has been selling property loans in recent years following a spate of such disposals between 2013 and 2016.

Those deals saw it offload debts due from high-profile developers such as Michael O’Flynn and Joe O’Reilly.

Buying the loan gives the purchaser the right to seek full repayment or take control of the property pledged as security for the debt should the borrower default.

Mr O’Callaghan, who died following a short illness in early 2017, was one of the Republic’s best-known developers. His business built shopping centres Liffey Valley in Dublin and Arthur’s Quay in Limerick, along with Mahon Point, Opera Lane and Merchant’s Quay in Cork.

Nama realised €2.4 billion from selling loans, property and other assets last year. Between its establishment in 2010 and the end of last year, proceeds from such sales came to €34.6 billion. It had €5 billion in assets on December 31st, 2017.

The Government set up Nama to take over property loans whose value had collapsed from domestic Irish banks left insolvent by the financial crash.