Swords shopping centre’s €3.3m scheme will include third restaurant to be named 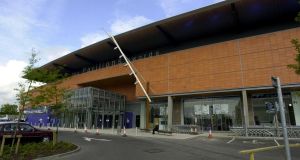 Hammerson, Irish Life and Iput, joint owners of the Swords Pavilions Shopping Centre in north Co Dublin, have named the first restaurants to sign up for a new leisure quarter, which is due to open for business towards the end of the year.

A new glazed bridge has been designed as part of a €3.3 million scheme to create a link for customers from the first-floor retail mall to the new restaurant quarter, on the upper level adjacent to the Movies@Swords cinema.

The promoters have already attracted American burger chain Five Guys and the better-known pizza brand Milano. Five Guys, which has already successfully launched in Dundrum, will have a floor area of about 3,000sq ft in Swords.

The restaurant will also include a Coco Colas Freestyle touch-screen soda machine, which carries more than 100 flavours.

Milano will open a 3,400sq ft restaurant, its 16th location across the country since setting up in Ireland in 1995.

An additional 2,200sq ft restaurant will complete the new line-up. Other changes in the Swords centre will include the opening of a brand new 10,000sq ft store for JD Sports.

The investment in the leisure quarter follows the opening of popular Australian stationery chain Smiggle at the beginning of the year. This follows the announcement by River Island to upsize to a larger flagship store to showcase its innovative fit-out and new store concepts across its fashion and homeware ranges.

Simon Betty, the Hammerson director of retail in Ireland said the creation of the restaurant quarter continues to deliver a new and improved offer for their customers and ensured the Pavilions maintained its position as the main retail destination in north Dublin.

He said it was testament to the Pavilions’ status that it had secured a high-profile brand such as Five Guys in the early stages of its Irish expansion.