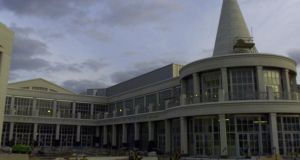 The group, whose portfolio includes Deutsche Bank’s new London headquarters, said on Friday that the size and timing of its dividend will be disclosed when it reports half-year results in November and that it “remains in a financially robust position”.

It is the first FTSE 100 company to announce the restoration of payouts following a previous suspension, according to data from financial administration company Link Group.

LandSec cancelled its April payout as the pandemic caused upheaval in the economy but it has since been able to reopen all of its shopping centres, outlets and retail parks.

The move was “a sign of confidence relating to the reopening of the economy”, said John Cahill, an analyst at Stifel, in a note. Landsec is the first of the major real estate investment trusts, or Reits, to reinstate its dividend.

Landsec said that like-for-like store sales in the last two weeks of June – after non-essential retailers were allowed to reopen in England – were 80 per cent of the level reported a year earlier.

However, rent receipts remain far down on normal levels. Landsec’s retail tenants paid just £9 million, less than a third of the £31 million due within five working days of June 24th, for rent for the following three months. That compares with the 92 per cent paid for the same period last year.

Office tenants proved more resilient, paying 81 per cent of the £68 million they owed.

Incomes for retail landlords were anticipated to be lower in June than March, with all non-essential stores having been forced to close for most of the intervening three months. But the effects have been more profound for some property owners than others.

Hammerson, the owner of the Brent Cross and Bull Ring shopping centres, announced on Wednesday that it had collected 16 per cent of its rent and was tapping a £300 million credit line to shore up its balance sheet.

Intu, a rival which had faced mounting problems before the pandemic, went into administration last week after failing to secure the support of its lenders against a backdrop of collapsing rental income.

British Land – whose mix of retail tenants and offices closely mirrors Landsec’s estate – reported stronger collection rates on Wednesday. The Paddington Basin and Broadgate owner collected 88 per cent of rent from its offices and 36 per cent from its retailers on rent day.

Across the commercial property sector, less than half of rent had been paid a week after payment was due, according to an analysis of 35,000 commercial tenancies by Re-Leased, a property data company. Just 40 per cent of retail rents have so far been paid, said the company.

With £1.2 billion in cash and facilities to draw on, and a loan-to-value ratio of 30.6 per cent, Landsec “is under no financial pressure as a result of delayed rental payments and rent delinquency”, Mr Cahill said. – Copyright The Financial Times Limited 2020