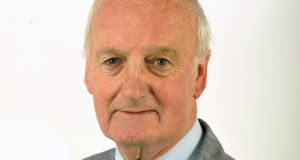 Jack Fagan has retired from his role as commercial property editor of The Irish Times. He held a series of prominent positions within the news, business and property departments of the newspaper. A Navan native, and former county footballer for Meath, Fagan took up his first role on the news desk and went on to become deputy news editor.

From there he moved to the business desk where he was critical in building The Irish Times’ reputation as the flagship provider of property-related news in the Republic. He oversaw the launch of the first colour property supplement in Ireland in the 1980s. In his latter-day role as commercial property editor, from the 1990s, Fagan presided over and documented all aspects of the commercial property sector’s rise, fall and rise again.

Responding to the news, Mark FitzGerald, co-founder and chairman of estate agency Sherry FitzGerald said: “For over 30 years, each week Jack delivered story after story on an industry that was often loathe to see its deals published in The Irish Times before the ink was dry. He walked the delicate tightrope of knowing people well enough to source his information without ever compromising the integrity of the newspaper he loved and served so well.”

The role of deputy property editor will be advertised in The Irish Times on Friday, January 25th.