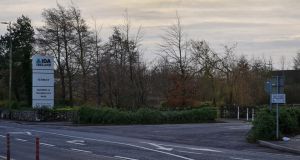 The Fermoy Business and Technology Park opened in 2002 but the six-hectare facility has never had a tenant. Photograph: Simon Bracken

More than €25 million has been spent by IDA Ireland over the past two decades on maintaining four sites that have remained unused for up to 18 years.

The State agency said in November it had a land bank of 92 “marketable” sites covering a total of 1,095 hectares across the country for foreign direct investment projects. The sites range in size from 0.03 hectares in Greenore, Co Louth, to 168 hectares in Ringaskiddy, Co Cork.

Four of the bigger sites are in Athenry and Oranmore in Co Galway, and Fermoy and Carrigtwohill in Co Cork.

Figures released under the Freedom of Information Act show the IDA spent more than €20 million, excluding VAT, developing and maintaining the Galway sites and €5.5 million on the Cork properties up to the end of 2019.

The IDA bought the 92-hectare site in Athenry from Teagasc for €36 million in 2007, with the aim of attracting significant biopharmaceutical investment.

However, this failed to materialise and the agency has since spent just under €11 million on the site, which was rented out for sheep grazing for several years at a price of €16,000 annually.

The Oranmore Science and Technology Park was ready for investment in 2008 and has planning permission for a biopharma campus. The figures show the IDA has spent €9.2 million on the 26.7-hectare site since 2005.

Fermoy Business and Technology Park opened in 2002 but the six-hectare facility has never had a tenant. Maintaining and investing in the property has cost at least €2.4 million over the years.

In November, the site at Ballyadam in Carrigtwohill was selected by EirGrid as the place to build a converter station for the proposed Ireland-France Celtic Interconnector.

The site had been lying idle since US pharmaceutical giant Amgen abandoned plans to move there in 2010. The IDA spent €3 million on the site in 2005-2019.

Cork has the highest number of “marketable” sites of any county with 17, Galway is next with 12, followed by Westmeath, Donegal and Dublin with five each.

One of the Cork sites, Kilbarry Business Park, has several companies on site but 57.53 hectares is available for investment. The figures show the IDA has spent €3.2 million on the site over the past 20 years. In 2018, Fianna Fáil MEP Billy Kelleher said the facility had been underused for years and “without improved access, the Kilbarry IDA site will continue to see the grass grow and nothing else”.

An IDA spokeswoman said “in order to compete for and attract investment, IDA must have zoned, serviced and developable land available across the country”.

She said FDI was at record levels in the State “with over 245,000 people going to work in an IDA client company in Ireland”.

The availability of suitable sites “enables companies to expedite their investments and get started quickly. Having available land is essential to achieve regional investment.”

Covid-19 has had an impact on the agency’s ability to market its available land with the number of site visits by investors falling from 700 in 2019 to just 311 in 2020. Of those, 177 were “e-visits” or virtual tours carried out online. No physical visits were held after Covid-19 restrictions were introduced in March 2020.

4 Eirgrid proposals to include €2bn power line around Irish coast