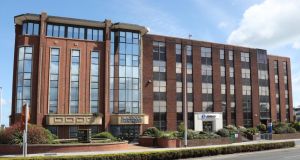 The developer Simon Kelly has acquired the current Dublin headquarters of Zurich Insurance for about €10.2 million.

Mr Kelly’s acquisition of the adjoining Zurich House and Blackrock Hall, in the south Co Dublin suburb of Blackrock, is understood to have been backed by a combination of senior debt from Ireland’s largest non-bank lender, Finance Ireland, and by private pension money sourced by the Cork-based investment manager BlackBee.

Developed in the 1980s, Zurich House and Blackrock Hall were brought to market in May of last year along with the adjoining, marginally more modern Blackrock Park House. All three properties occupy a prime location on Frascati Road, the dual carriageway bypassing Blackrock village, opposite the newly expanded Frascati shopping centre.

Zurich House was offered for sale in May of last year by joint agents Lisney and HWBC at a guide price of €6.6 million. Blackrock Hall and Blackrock Park House carried price tags of €3.375 million and €4.5 million.

It is understood Mr Kelly emerged as the preferred bidder for Zurich House and Blackrock Hall last August. The deal for the two properties completed on March 16th.

The businessman, a son of the Laois-born property developer Paddy Kelly, of the Redquartz group, is said to be preparing a plan to refurbish and modernise the buildings, with a view to marketing them for sale or rental.

Although Mr Kelly’s plan to retain the properties for office use would appear to be the most logical move, given the ongoing resurgence in Dublin’s suburban office market, he had flagged the possibility of converting them into a hotel in the investment prospectus distributed by BlackBee.

Whatever he decides to do, Mr Kelly will have to wait a further two years for Zurich to vacate the properties.

The two properties are delivering a combined annual rental income of €845,000.

Zurich’s departure from its existing premises follows its decision in 2017 to prelease a newly developed adjoining block, Enterprise House, from Friends First. The company has taken a 20-year lease of the 6,500sq m (70,000sq ft) block at a rent of €30 per square foot.