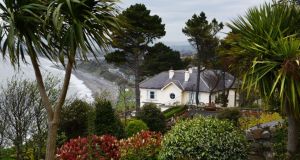 Gorse Hill in Killiney which was bought by Brian and Mary Patricia O’Donnell in 1997/8 as part of a “very complex legal structure”. Photograph: Cyril Byrne/The Irish Times 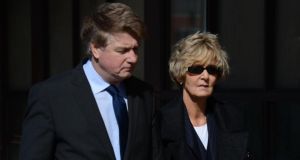 The adult children of solicitor Brian O’Donnell have been told by the Supreme Court they must leave their luxury Co Dublin home by next month so a bank-appointed receiver can take it over.

In December, the Supreme Court rejected an appeal by Blaise, Blake, Bruce and Alexandra O’Donnell against a High Court order clearing the way for Bank of Ireland to take possession of the house at Gorse Hill, Vico Road, Killiney.

At that stage, the bank told the court it wanted vacant possession by February 1st but, when the case was back before the court on Monday to deal with costs and final orders, the court was told three of the children are still there.

Cian Ferriter SC, for the bank, sought its legal costs and indicated the bank was prepared to allow the O’Donnells to stay there until February 11th (this was later extended to March 2nd).

Blake O’Donnell, representing his siblings, opposed costs on grounds including the conduct of the bank over the High Court proceedings and said he wanted to file an affidavit concerning the subject of the proceedings and a possible application for a mistrial.

Chief Justice Ms Justice Susan Denham, said the issue of a mistrial does not arise.

After Mr O’Donnell argued there were various errors in relation to the High Court’s conduct of the proceedings, Mr Justice John Murray said the Supreme Court decision on this matter was final.

When Mr O’Donnell raised further issues, including relating to whether or not Bank of Ireland Private Bank was a licensed bank, the chief justice said, if Mr O’Donnell wanted to make such allegations, that was for “another court and another day”.

Mr O’Donnell argued his side should not have to bear the legal costs on grounds that included the attitude of the bank which, he said, had failed to discuss or mediate matters and instead issued “threats”, “injunctions” and “search orders”. He and his siblings intended to take further proceedings, he said.

It was unreasonable to expect the children to vacate the property by February 11th given its size and the “logistics” involved. It was a large property containing many things difficult to move, he added.

Rossa Fanning BL, for the receiver, Tom Kavanagh, said he was appointed two and a half years ago and wished to take peaceful possession.

Mr Ferriter said the O’Donnells appear to be engaged in vexatious litigation including that against counsel and solicitors.

The bank’s position was this was the end of these proceedings and it should get its costs but it would agree to the O’Donnells being given a further month to get their affairs in order.

Giving the court’s decision, the chief justice made a formal order dismissing the appeal, granted costs to the bank of the proceedings in the High and Supreme Courts, and directed the O’Donnells to leave Gorse Hill by midday on March 2nd.

Gorse Hill was acquired in 1997/98 for nearly €1.4 million as the O’Donnell family residence in what the court described as part of a “very complex legal structure” involving the setting up of a discretionary trust.

Adjoining land was later acquired, also under a trust, for €1.5 million. The original house was demolished and the site redeveloped as a family residence by the O’Donnell parents. It is now said to be worth about €7 million.

The Supreme Court agreed with a July 2013 High Court decision upholding the bank’s claim it was entitled to possession of Gorse Hill on foot of those securities.

1 Aldi empire wracked by family feud
2 NatWest considers closing Ulster Bank in the Republic
3 Will PTSB be Ulster Bank’s knight in shining armour?
4 EU signals late call on Apple tax appeal as deadline looms
5 NatWest confirms review of Ulster Bank as Covid-19 bites
6 TikTok to be banned from US app stores from Sunday
7 Cliff Taylor: What permanently low interest rates mean for you as a saver or borrower
8 ‘INM 19’ members win High Court applications for document access
9 How Ireland managed to green the White House
10 Gabriel Makhlouf: ‘A full second lockdown would be very serious for the economy’
Real news has value SUBSCRIBE