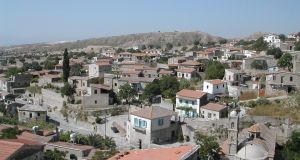 Cyprus: Last week, Bidx1 sold €9.5 million worth of homes, shops, offices and land in its various cities such as Larnaca, Limassol, Nicosia and Paphos.

Irish online auctioneer Bidx1 will sell its first Spanish properties this week after doing €9.5 million worth of deals in its most recently opened market, Cyprus.

Bidx1, which grew out of the recession-era property sell-offs run by auctioneer Allsop Space, says it has sold €800 million worth of real estate over the last three years.

The company will offer 100 Spanish properties for sale on Wednesday October 30th, its first step into that country’s real estate market.

Last week, Bidx1 sold €9.5 million worth of homes, shops, offices and land in various cities in Cyprus, including Larnaca, Limassol, Nicosia and Paphos.

The company said at the weekend that it lured 2,000 bids from 220 bidders for 50 properties on the Mediterranean island.

Mr Onisiforou indicated there was an appetite for more such sales among the property owners with whom he dealt before the auction.

“The property market in Cyprus is particularly dynamic, and the results underlined this,” he said.

“Liquidity on our platform was €36.2 million, indicating a significant demand for additional opportunities.”

Bidx1 plans to move to several new countries next year, including Greece, Italy and Portugal.

The company currently trades in Ireland, Britain and South Africa, and has added Cyprus and Spain in recent weeks.

At the weekend, Bidx1 said that it had sold €1.6 billion worth of properties, €800 million of them through the online auctions it launched three years ago.

Bidx1 began as Allsop Space in 2011, when it auctioned 81 properties in Dublin for €15 million through a joint venture with British player Allsop.

The company ran a series of such auctions through a recession sparked by a financial crisis and property price collapse.

Pollen Street Capital backed the business last year, when it entered the British market through the purchase of London auctioneers Andrews & Robertson. Bidx1 followed that with a move into South Africa in the second half of 2018.